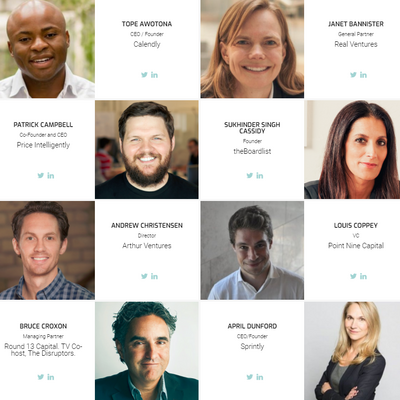 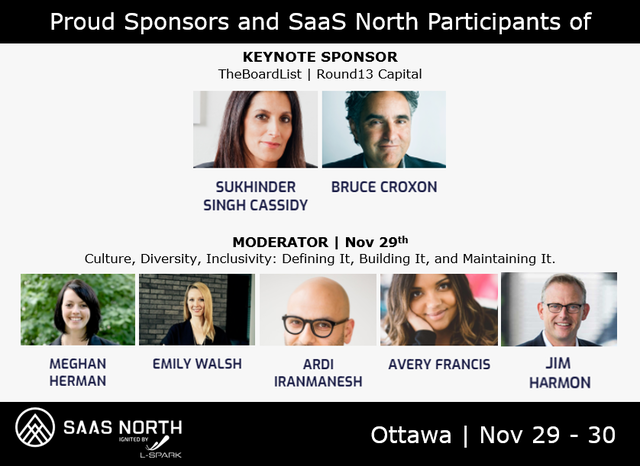 SAAS NORTH is Canada’s annual hub for SaaS founders, investors, and executives to learn, network and grow. The SAAS North experience is like nothing else -- tactical content and actionable conversations delivered by global leaders in SaaS.

As Keynote Sponsor, Boyden will be presenting two of North America's leaders in SaaS: Sukhinder Singh Cassidy and Bruce Croxon.

Sukhinder Singh Cassidy the Founder of TheBoardlist. She is a leading consumer internet and media executive with over 18 years of leadership experience at global and early stage companies including Google, Amazon, Yodlee, Polyvore, Joyus and News Corp.

Bruce Croxon is the Managing Partner at Round13 Capital, a company dedicated to investment in growth stage digital Canadian companies. He made his mark as a digital pioneer by co-founding Lavalife and revolutionizing how people connect. Under his direction, he grew this early tech start-up into the marquee brand in online dating with over two million users.

As Panel Moderator, Boyden will be participating in SaaS North Breakout: Culture, Diversity, Inclusivity: Defining It, Building It, and Maintaining It.

Broken cultures and lack of diversity and inclusivity are catching up with some of the biggest names in tech. In 2017, we’ve seen recognizable names enter the hall of shame. Let’s talk about defining, building, and maintaining a healthy culture. A culture that is diverse, that is inclusive and reflective of what a company should look like in 2017. Canada can be a global leader through culture.

Boyden, a long time partner of the Greater Vancouver Board of Trade, joins as the event Community Sponsor

Event
Address from the Bank of Canada: Tiff Macklem, a GVBOT event

Boyden, a long time partner of the Greater Vancouver Board of Trade, joins as the event Community Sponsor