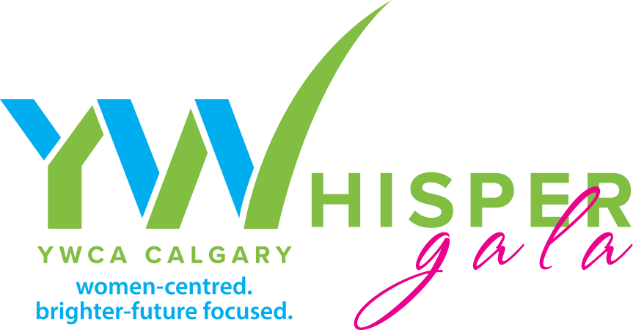 In addition to his successful and ongoing acting career, Mr. Crews is an outspoken activist on the topic of masculinity and gender roles having been called “one of the most progressive and thoughtful voices in gender criticism” by Jezebel.

This has been a year of speaking out and speaking up for women and with women across North America. Mr. Crews has been a significant part of the energy as the first man in Hollywood to speak up in support of the #MeToo movement. He is an insightful and thoughtful advocate for gender equality and recognized as a “Silence Breaker.”

Men and boys are important allies and partners in helping end gender-based violence in our communities. Mr. Crews often speaks out on the critical role men play in gender equality and advocates for changes to modern day masculinity and what ‘being a man’ really means. His passion and honesty make him a great choice to speak at the 2018 YWHISPER Gala.

Boyden is a proud sponsor of the 8th Annual YWHISPER Fundraising Gala in support of women and families in our community.  We invite you to join us Tuesday, November 20, 2018 at the Calgary TELUS Convention Centre. Funds raised will support YW programs and services which help women and their families, while advocating for women’s safety, social and economic rights.

Why HR Professionals Matter Through Chance

Presented by Ottawa Board of Trade and Ottawa Business Journal

Event
Boyden Partners with Shepherds of Good Hope for 'Taste of Hope' 2020
Event
Boyden’s Amanda Gordon joins University of Ottawa panel to talk 2020 technology trends and career opportunities in the tech industry
Event
Galvanize President and CEO, Laurie Schultz featured in next Leadership Lab, presented by Boyden and Greater Vancouver Board of Trade

Unintended Consequence
Impact of AI on our Future Workforce

Join us Nov 22 to celebrate the very best of business in Ottawa.

Re-Thinking Talent in the Capital

The most forward-thinking business event in the world.

Senior Women Academic Administrators of Canada (SWAAC) was founded in 1987 to provide a forum and a collective voice for those who identify as women in senior administrative ranks in Canadian universities, colleges, and technical institutes.

As a Premium Member of the Greater Vancouver Board of Trade, Boyden is proud to attend this exclusive event.

As annual partners, Boyden is a proud supporter of 2019's Toronto Gala.

A Council of Chairs of Ontario Universities Event

With Events Across Toronto and Montreal

Join us Nov 16 to celebrate the very best of business in Ottawa.

Business in Vancouver, Deloitte and TEC Canada present the BC CEO Awards.

"Agents of Change: Boards That Are Leading on Gender Diversity"

As annual partners, Boyden is a proud supporter of 2018's Gala

As Annual Partners of Economic Club of Canada, Boyden is proud to attend this exclusive event.

Join us Nov 15 to celebrate the very best of business in Ottawa.

Join us Oct 12th to support Sport in Calgary

Unleashing the Power of Play

ACCES is a leader in connecting employers with qualified employees from diverse backgrounds.

Join us on Oct 24. Presented by Boyden and RBC - Rising Leaders Series: Making Your Own Human Capital

“Strengthening the Innovation Ecosystem”. This year, the Summit will focus on the ways in which the public and private sectors can coordinate their efforts to create a best in class innovation ecosystem that leverages Ontario’s assets and stimulates new investments to increase productivity and drive growth.

Event
Across Canada, Boyden will wear Plaid for Dad in support of Prostate Cancer Canada

The Top 100 Awards celebrates the professional achievements of strong female leaders across the country in the private, public, and not-for-profit sectors. As a proud Women’s Executive Network Corporate Gold Member, we are pleased to share the news that nominations for 2016 WXN Canada’s Most Power Women are open.

WXN wants to continue the dialogue around diversity that has really started to pick-up since the Ontario Securities Council (OSC) published the much-anticipated Final Rules for “comply or explain” disclosure requirements for boards, in the fall of 2014. Leading up to the release of the Canadian Board Diversity Council Annual Report Card in November 2015, this breakfast will feature The Right Honourable Paul Martin.

On November 26th, Boyden will be joining Women’s Executive Network (WXN) at their annual Canada's Most Powerful Women Top 100 Gala, shining a spotlight on remarkable Canadian women who are inspiring the next generation of female leaders.

Siemens has stood for innovation, quality, reliability and internationality, and continues to stand at the forefront of Canadian innovation as one of its top engineering firms. Join us at the C.D. Howe Institute for this essential discussion with CEO Robert Hardt.

The C.D. Howe Institute is an independent not-for-profit research institute whose mission is to raise living standards by fostering economically sound public policies. It is Canada’s trusted source of essential policy intelligence, distinguished by research that is nonpartisan, evidence-based and subject to definitive expert review. It is considered by many to be Canada’s most influential think tank.