This press release was originally published by the Financial Post. Click here to view the original press release. 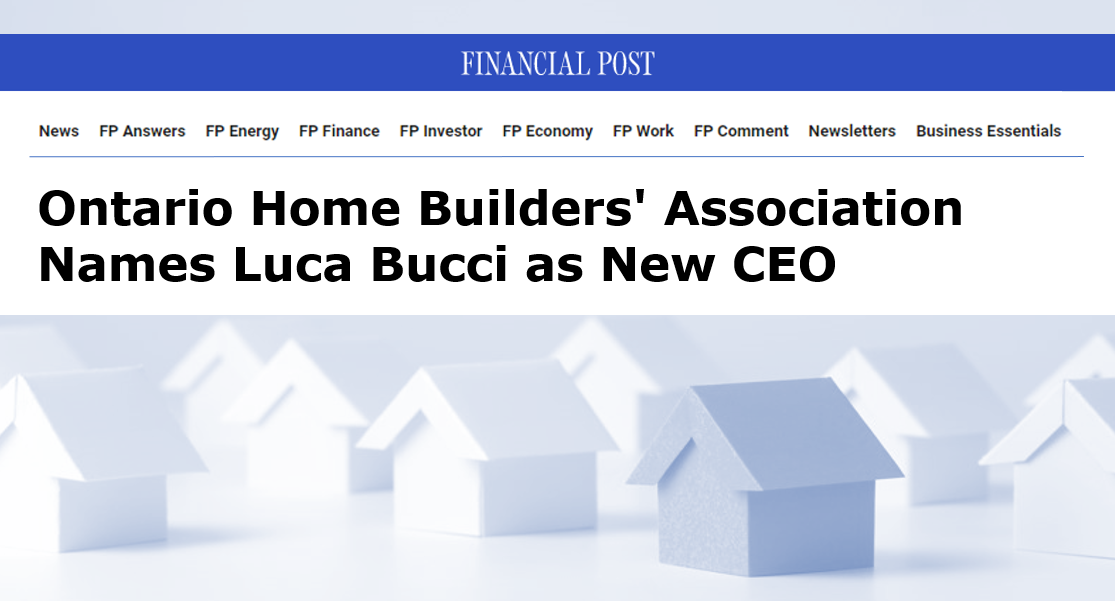 Mr. Bucci, who was selected following an exhaustive seven-month-long search, previously served as Chief of Staff for the Ontario Minister of Municipal Affairs and Housing, a post he held from January 2021 until March 2022. Prior to that he served as the Vice-President of the Chartered Accounts of Ontario, where he developed, maintained, and engaged in working relationships with elected and non-elected government officials to support the regulation of the accounting profession in the public interest. His previous roles included Chief of Staff with both the Ontario Minister of Transportation and the Ontario Minister of Natural Resources and Forestry.

“It’s truly hard to understate how thorough and intensive the search was to identify our next CEO. It’s a process that commenced last October with the hiring of Boyden Canada: Executive Search and Consulting Firm, and included dozens of worthy candidates,” Schickedanz notes. “But the résumé and passion that Luca brought to the table were really special. He has an exceptional network at Queen’s Park and Parliament Hill and has shown ability to multitask in high-pressure situations with great attention to detail. I don’t think I’ve met anyone more passionate about the home building industry and the challenges Ontarians currently face with respect to housing affordability and supply. That’s particularly important given the need to build at least 1 million new homes in the next 10 years if we’re to accommodate the province’s forecasted population growth.”

“The home building industry has always been something I’ve really cared about,” Bucci says. “This is a unique opportunity to become the next person in a long line of great service to the home building industry at a very important time. Right now, we have all levels of government talking about the issues of housing supply and how it relates to housing prices. Our members are going to be a key piece to the solution. I really want to play a part in that, while strengthening the base of OHBA and looking after the concerns of our members.”

Dans les médias
In the Wake of California Diversity Rulings, We Have Only Begun to Fight