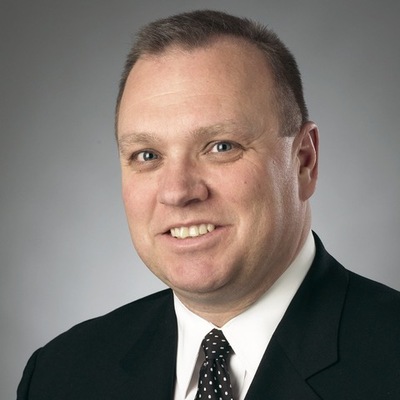 March 7, 2019  OTTAWA, CANDA - Athletics Canada’s board of directors announced today that David Bedford has been appointed Chief Executive Officer. His first day in the position will be April 1, 2019.

“We are fortunate to have someone of David Bedford’s caliber and experience,” said Bill MacMackin, Athletics Canada President. “The Board of Directors is excited to have David join our strong leadership team, and continue to move the organization forward as we chase excellence on and off the field of play.”

Bedford is a seasoned sports and entertainment executive with nearly 40 years of sales, marketing and communications experience. He has a proven track record in both amateur and professional sport, has delivered impactful programming, generated new revenue streams and built and rejuvenated brands at the local and national level.

“I am extremely excited to have the opportunity to join one of the marquee sports on the Olympic/Paralympic Games program,” said Bedford. “I can’t wait to get started in working with our dedicated and supportive board, high quality staff, provincial branches and marketing partners in creating the best possible environment for our athletes, coaches and their support staff in reaching for their dreams.”

In his current role as owner and president of Sizzle Communications Inc., Bedford served as Executive Director of Team Canada for the 2018 Commonwealth Games. He negotiated high-profile sponsorship agreements, built and managed an experienced Mission Staff team all while focusing on the athletes and what they needed to perform on the Gold Coast.

Bedford’s previous position was as Senior Vice-President, Business Operations for the Toronto Argonauts and the 100th Grey Cup Festival (CFL). He was responsible for all aspects of the Argonauts operations, including finance, administration, IT, ticket sales/service, marketing, sponsorship, game day and community.

Best known in the Olympic/Paralympic sport community for his role as Executive Director (Marketing & Communications) with the Canadian Olympic Committee, Bedford was responsible for developing and launching Team Canada’s “Paint the Town Red” promotional campaign prior to the Vancouver 2010 Games, social media platforms and key programs, such as the Canadian Olympic Hall of Fame Induction Gala, Canada Olympic House and the Canadian Olympic School Program, with a goal of generating revenue for future generations.

Prior to joining the COC, Bedford served in various roles with IMG, the world’s largest sports event and media marketing company, where he worked closely with the Canadian Paralympic Committee to generate new sponsorship revenues (including negotiating the CPC’s joint marketing program agreement with Vancouver 2010), sold IMG properties, athletes and broadcast assets to corporate Canada, and built and ran Canada Soccer properties (joint venture with the National Sport Organization), including negotiating broadcast agreements, sponsorships and the creation and execution of grassroots programming to introduce children to the sport.

Over the years, Bedford has worked for the Minister of Sports and Persons with Disabilities (Department of Canadian Heritage) providing strategy policy and communications advice on key policy files, including the Athlete Assistance Program, Sport Hosting Program and 2018 Olympic/Paralympic Games, to name a few. He has also served on the Board of Directors for the Canadian Olympic Committee and Water Polo Canada, acted as Chef de Mission for the 2004 Olympic Games and numerous World Aquatic Championships, in addition to various media relations roles at Major Games and sporting events.

Boyden is pleased to share the appointment news of Laura Jo Gunter, a recruitment co-led by Kevin Gregor, Matt Shaw, and Morgan Campbell

Expert in leadership and business transformation to steward board and C-suite assignments in financial services, private equity and venture capital.