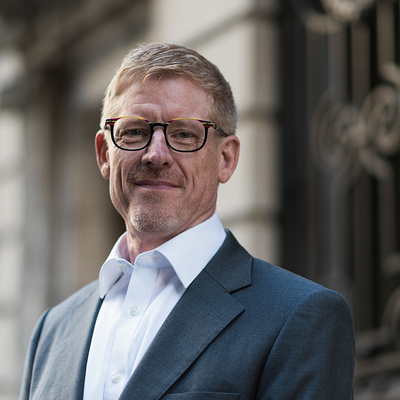 Growing demand for business and engineering talent in Australia, India and Singapore is giving a boost to executive search services in the Asia-Pacific as the impact of Covid in the region largely wanes, long-time industry executive and Boyden board member William Farrell said in an interview on Tuesday.

“There’s been a lot of strength in the first half,” said Farrell, a managing partner for Taiwan and South Korea who represents the APAC region on the company’s board. “It’s a very good year,” particularly in Southeast Asia markets, he said. Boyden has 75 offices in more than 45 countries; Farrell, an American expatriate, has lived in Asia since 1987 and joined Boyden in 1993.

Search companies are benefitting from a shift in multinational strategies away from setting up one large regional hub for their regional operations toward the creation of a larger number of smaller hubs that lower the risks of disruption in any one place – such as what has happened to some businesses in China this year during the Covid lockdowns.

Covid has brought a “plateau” in executive search in that country, Farrell said. “There's a push to identify other sources of goods and materials,” he said. “It’s not to cut ties with China, but not to be so dependent on the market. In the industrial space, that has cut across the sectors. The China search business isn't what it used to be.”

Farrell: Southeast Asia is seen as a friendlier market for multinational companies than China. It's also seen as a growth market. There's hope for Indonesia to continue to grow. Vietnam is doing well, and it's fairly business friendly. Malaysia has also been doing well. Those are generally less political environments – they’re certainly not as complicated and onerous as the environment in mainland China. India is having a banner year.

China has gotten to a stage where it's a much more developed economy and such a big place. To get a foot in the market in Southeast Asia is less complicated.

Flannery: What needs at the executive level do those countries have?

Farrell: It’d be a country head who can lead business development and has the ability to work across cultures.

In India, multinational companies and some large Indian companies want to invest more in R&D in the country, and don't want to rely to as much on R&D and technological development from outside of India, so they can have better control over it. Companies are looking to have stronger teams on the ground.

Earlier, there had been a trend toward regionalization, where business would have a regional center and cut costs. That change has been an impact of Covid, when travel has been limited.

And yet now, travel is coming back, too. The thought that there will be no travel after Covid has been overstated. It will still play a role. I just came back from a global meeting in the U.S., and we had a great sense of enthusiasm. We haven't seen each other for three years.

Flannery: You've done work in the financial sector in Asia. What's ahead for executive recruitment in Hong Kong?

Farrell: The market has been depressed for recruitment since 2019. There’s been a “great resignation.” There have been a lot of expats running for the exit door.

With the new leadership coming into place in Hong Kong, there's a sense of less uncertainty. The relationship with China is going to be tighter, for better or worse. China remains a big market, and Hong Kong still has some advantages.

Flannery: How about Singapore?

Farrell: Singapore is steady as ever. It’s benefited from everything that has happened in Hong Kong. Singapore is just eating it up.

Flannery: And how about Taiwan?

Farrell: There has been a bit of a resurgence in multinational interest in Taiwan to a degree. The biggest evidence of that is high tech players — Google, Apple and Microsoft — all are developing data centers in Taiwan. And that's led to a mini-boom in the construction industry. On top of that, in Taiwan, offshore wind farm development has also added to a bit of momentum in the construction industry.

Flannery: Where are those hires coming from?

Farrell: There's definitely local hiring going on. A lot of it is at an engineering level. And then there are few regional expats.

Flannery: Has there been a return of talent from the mainland back to Taiwan?

Farrell: For years, there's been an interest in that. The problem has been whether the job available can pay what they want to get paid and is interesting enough — big enough. There's definitely been some return. The political environment in China has added to that. They know that it's very difficult for them to get a similar role in Taiwan.

In the Media
This Transgender CEO Has a Hiring Lesson for All Business Leaders. It Upends What We Know About Diversity and Inclusion