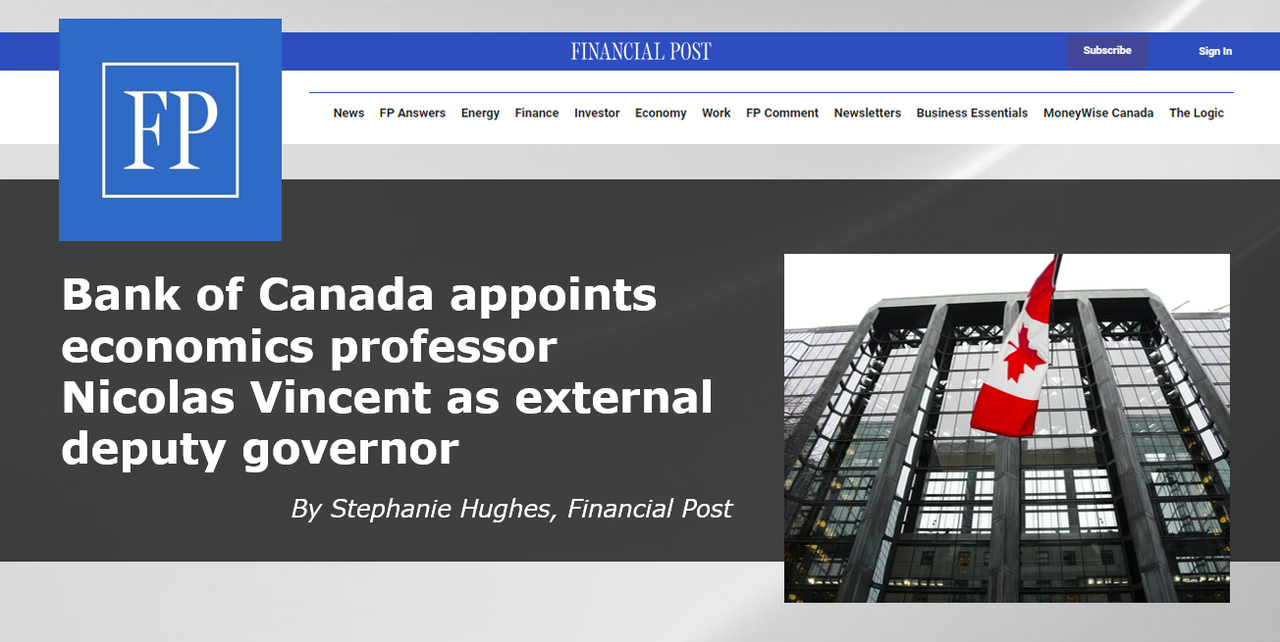 The Bank of Canada’s hunt for an external deputy governor ended this week, as the central bank appointed Montreal-based economics professor Nicolas Vincent to take on the new role.

Vincent will begin his two-year term in March, filling the void left by former deputy governor Timothy Lane, who retired in September. The Bank of Canada launched a search for an outsider to bring a different perspective to the Governing Council in August 2022, as the central bank confronts one of the most challenging economic environments it has ever faced.

Vincent “is an accomplished scholar and teacher, with deep expertise in macro and microeconomic research in areas such as inflation and price dispersion, firm dynamics, inequality, house prices and household finance,” governor Tiff Macklem said in a press release. “I have no doubt that his broad knowledge of monetary economics combined with his keen interest in public policy will be invaluable in helping the Bank navigate the policy challenges ahead.”

In this new role, Vincent is expected to bring his own perspectives to the policy making process, providing a check on groupthink as he’ll have no direct ties to the institution. He will be responsible for helping with monetary policy and financial system stability decisions, and will join other deputy governors in communicating the Bank of Canada’s consensus-based policy decisions.

Vincent will balance this role with his job as a professor of economics at the HEC Montreal, serving as deputy governor on a part-time basis. This wouldn’t be his first time in a policy focused role, as he started his career at Department of Finance in 2000 before becoming an assistant professor at the HEC.

The decision to add an outsider to the Bank of Canada’s policy committee is one of a series of subtle moves by Macklem to make the central bank more diverse and transparent. In September, the Bank of Canada announced it would be bolstering its communications by introducing meeting summaries that could give more perspective on the governing council’s views of what policy decisions should be taken. Macklem also temporarily enlarged the Governing Council to add Sharon Kozicki at a moment when there were no women on the policy committee.

Vincent’s appointment comes at a time when the central bank is contending with decades-high inflation and a shakier macroeconomic backdrop. The Bank of Canada’s first policy decision of the year will be held next week on Jan. 25, and economists are split on whether the central bank will hold rates at 4.25 per cent or deliver a modest quarter-point hike.