Bank of Canada Plans to Add Outsider to Rate-Setting Council 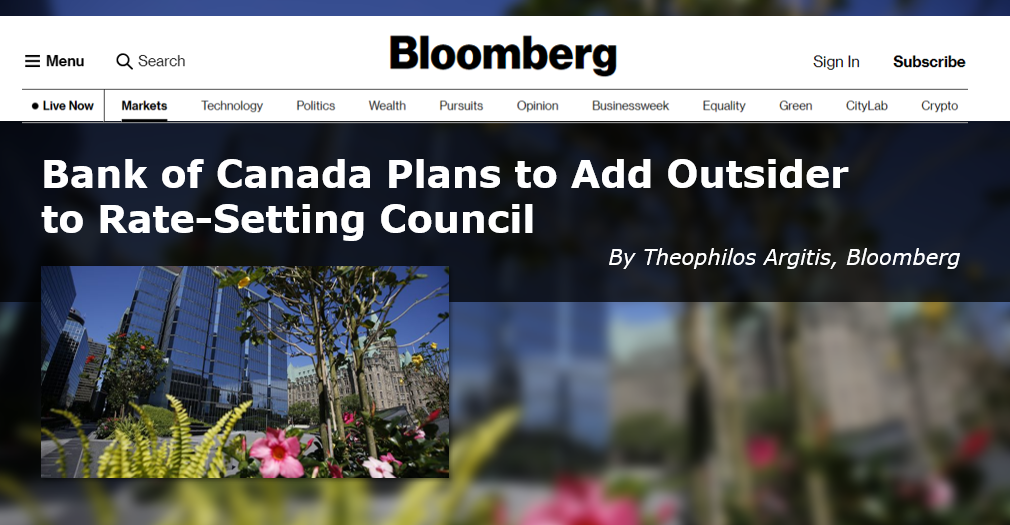 Governor Tiff Macklem announced plans to reorganize the Bank of Canada’s governance structure by bringing in outsiders to its main policy-making council, on a shorter-term basis.

The Ottawa-based central bank said Monday it will replace Deputy Governor Tim Lane, who retires next month, with an external candidate who will work part-time on a two-year contract.

“In a context of increasingly complex and interconnected Canadian and global economies and financial systems, it’s vital that we as an organization constantly adapt and evolve,” Macklem said in a news release. “This change provides an opportunity both to bring fresh and diverse perspectives into the Bank’s consensus-based policy decision-making framework and to ensure the Bank’s executive team has a balanced, streamlined and effective distribution of management responsibility.”

The move represents one of the biggest changes to the central bank’s governing council in years.

The Bank of Canada said the work will be equivalent to roughly 50% to 70% of a full-time role, with candidates “from a broad range of disciplines and backgrounds.”

In the Media
Forbes: The Role of Board Service in a Meaningful Post-Career
This website uses cookies to ensure you get the best experience on our website. Learn more