Chief Sustainability Officers Earn Up to $1.5 Million in Hot Market 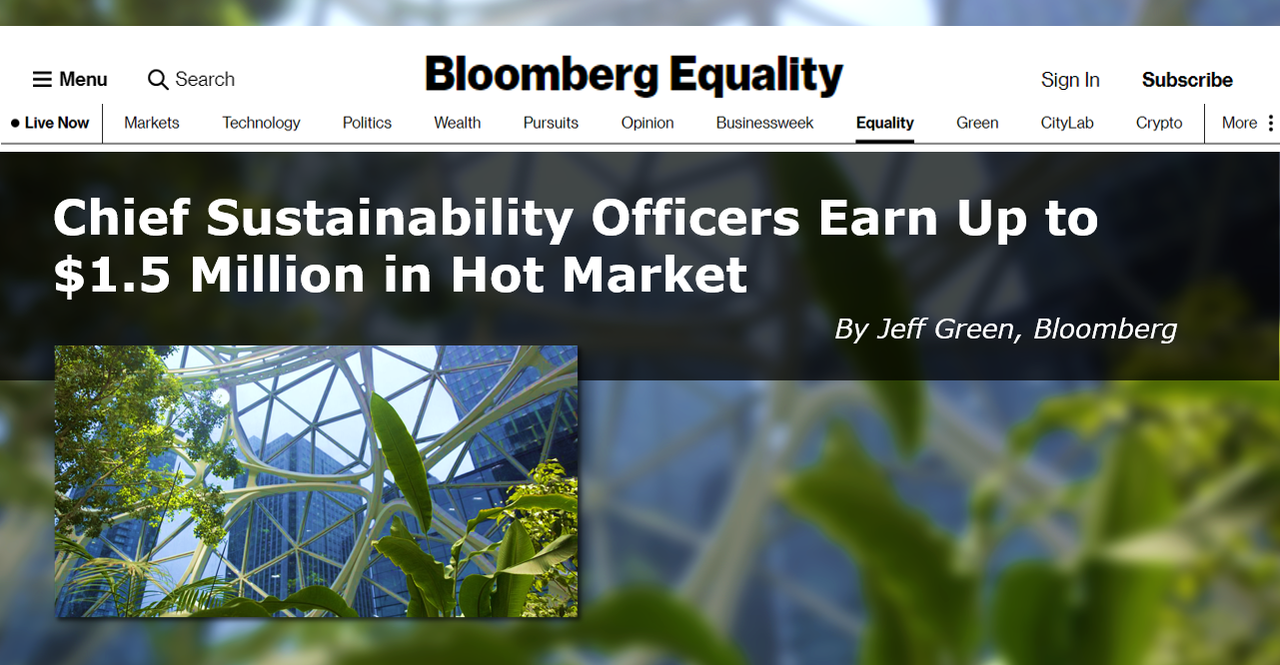 Written by Jeff Green. This article was originally published by Bloomberg. Click here to view the original article.

Chief sustainability officer is emerging as the hot new spot in the C-suite, but there’s little consensus over the job description, qualifications or even the goals as companies rush to staff up.

Investors, employees, consumers and regulators all are demanding firms be more forthcoming about their plans for tackling environmental, social and governance issues from global warming and pollution to discrimination and forced labor. Most recently, the war in Ukraine has entered the discussion around what the ESG label means.

The risks for companies perceived as moving too slowly are high. Just last month, the U.S. Securities and Exchange Commission proposed a 500-page rule that would mandate corporate disclosure of greenhouse gas emissions. Activist investor Engine No. 1 forced a board shakeup at Exxon Mobil Corp. last year in a dispute over climate change. That has thrust sustainability executives to the forefront as companies scramble to address new expectations, said Lucas Joppa, Microsoft Corp.’s chief environmental officer.

“They’ve been operating like a mini company inside a big company,” said Joppa, who is managing the software giant’s pledge to be carbon negative by 2030 and also erase its past carbon footprint by 2050. “And what’s happening now is the company is saying, no, no, no, your topic is big. Your topic is the big company.” 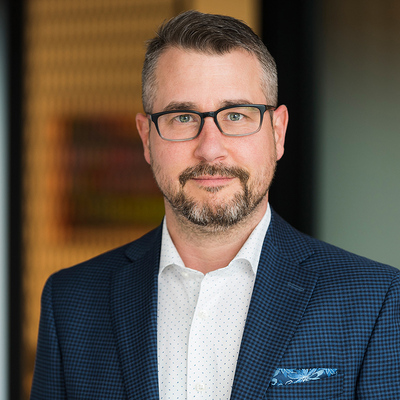 Hiring has skyrocketed as the role shifts from one of communicating internally to delivering on business goals, such as cutting pollution, said Eric Lathrop, a managing partner in Canada for executive recruiter Boyden. “The last two years have seen more hiring for CSOs than all years combined before,” he said, with no signs of a slowdown in 2022.

As demand has exploded, some companies are experiencing “sticker shock,” said Cheryl D’Cruz-Young, a recruiter at Korn Ferry. Total compensation can range from $800,000 to $1.5 million, she said.

Amid the rush, companies are inventing the sustainability role on the fly. Since the title isn’t even two decades old, there’s not much in the way of standardized education, on the job training or even universal goals -- though a focus on the environment remains key.

“There’s not really a textbook on how to be a CSO,” said Chrissa Pagitsas, whose book “Chief Sustainability Officers at Work: How CSOs Build Successful Sustainability and ESG Strategies,” includes interviews with more than 20 company sustainability executives from Amazon.com Inc. to Verizon Communications Inc. “Companies that never had a sustainability focus are now coming at it with a question about how to approach it.”

Unlike members of the other chiefs in American C-suites — those who head up established disciplines such as finance, legal and human resources — the career paths of the burgeoning numbers of sustainability executives wind through roles as divergent as math and marketing, accounting and agriculture, or psychology and law.

The first chief sustainability officer is credited to DuPont in 2004, but the role didn’t catch on widely at first. Hiring jumped in 2012, again in 2018, and then the biggest wave has come since 2020, said Lisa Simon, an economist at Revelio Labs who researched the careers of more than 2,500 company executives who have titles such as chief green officer or chief sustainability officer.

More than half of the executives have a business degree and about 20% are engineers, according to her findings. Among the rest, executives with backgrounds in law and marketing outnumber those with degrees in biology or chemistry.

Mandates for now are tailored to the type of business, but they are ever-evolving alongside the definition of ESG itself.

Kristen Siemen at General Motors Co. and Katherine Neebe at Duke Energy Corp, one of the largest U.S. energy companies, are spearheading paradigm shifts. The automaker wants to ditch more than 100 years of internal combustion engines for new light-duty vehicles in favor of electric cars by 2035 and be carbon neutral by 2040, while Duke has promised to dump coal altogether from its power generation grid by 2035 on the way to net-zero emissions by 2050.

Siemen, like Joppa at Microsoft, has a long-standing career at GM. She said the hard work is getting the big goal to seep into decisions as far-ranging as what type of adhesives to use and Super Bowl commercials to air. Neebe, by contrast, came to Duke after a career that started out in sports marketing, included a stop at the World Wildlife Fund, and most recently establishing the ESG position at Walmart Inc., she said.

“When it started, compliance was the name of the game,” said Neebe. “It has moved from ‘nice to do’ to ‘probably should do,’ to now, ‘must do.’ It’s a business imperative.”

Mike Witt, who left a life-long career at Dow Inc. to start the sustainability role at Northrop Grumman Corp. in August, may best indicate the future for sustainability executives. He’s following in the footsteps of his father, who spent two decades in environmental roles at the Michigan chemical company. Northrop Grumman aims to have its internal operations hit carbon neutrality by 2035.

He’s also witnessing first hand just how quickly ESG can shift. The invasion of Ukraine by Russia has touched off a debate over whether defense contractors --  those who are producing the weapons Ukraine needs to fend off Russia -- should be considered an ESG investment.

“We’re seeing a shift by some of those who just a few months ago would look at the defense industry and question our contribution to an ESG focused future,” Witt said. “Part of the broader challenge for the CSO is to adapt to the expectations of many different groups of stakeholders on ESG.”

In the Media
In the Wake of California Diversity Rulings, We Have Only Begun to Fight