Boyden is pleased to share the CFO appointment news 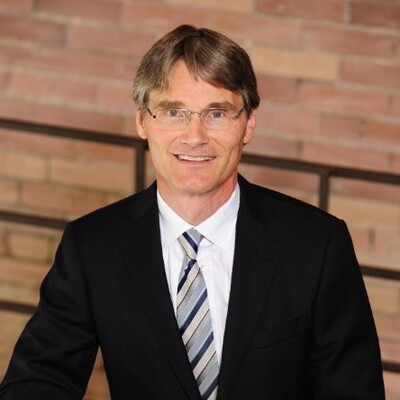 I am pleased to announce the appointment of Dan Wright as the TTC’s new Chief Financial Officer, effective April 16.

In addition to overseeing finance, the CFO is also accountable for IT, Materials and Procurement and the Pensions Department.

Dan has 20 years of strategic leadership experience in the private and public sectors gained as CFO for companies in the communications, manufacturing and technology sectors. He comes to the TTC as the CFO of Ornge, Ontario’s air medical transportation provider.

Dan was previously the Senior Vice President of Corporate Administration at George Brown College, and was an Assistant Deputy Minister with the Ontario Ministry of Finance, focused on helping public sector organizations improve back office services, such as procurement, information technology and finance.

TTC Chair Josh Colle commented when advised of the appointment that, “the TTC as an organization is developing and implementing processes to ensure its financial sustainability as a vital City asset. I am confident Mr. Wright will contribute positively to the TTC’s ongoing transformation. On behalf of the Board, I want to thank all TTC staff for their continuing hard work, and welcome Mr. Wright to the TTC.”

An executive search was conducted to fill the CFO role. The TTC has an operating budget of $1.8 billion and a 10-year capital budget of $6 billion. The CFO works closely with the City and other governments on the funding the TTC requests and receives in order to maintain and expand the transit network in Toronto.

I would like to thank Tara Bal, Head of Internal Audit, for acting in this role for the last several months. Tara’s efforts are greatly appreciated by the Board, me and the entire Executive Team.

Boyden is pleased to share the appointment news of Indy Butany-DeSouza, a recruitment co-led by Ron Robertson and Ron Burkholder

Boyden is pleased to share the appointment news of Russ Morrow, a recruitment co-led by Kevin Gregor, Dan Brown, and Morgan Campbell