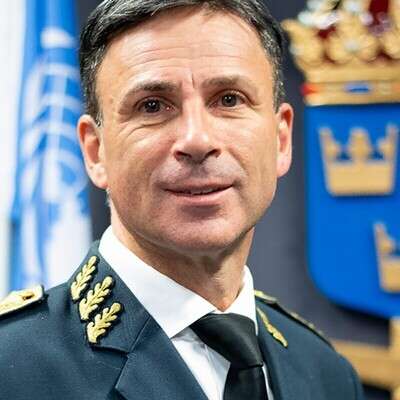 "We changed our whole mindset!"

Dennis Gyllensporre is one of Sweden's highest military commanders. During his time as commander of the UN military operation in Mali, MINUSMA, he led 13,000 UN soldiers from 55 different countries in one of Africa's, and possibly the world's, most complicated conflicts. Here he has successfully implemented new ways of working to strengthen peacekeeping operations. Before taking office as head of the UN military mission in Mali, a position he was asked to apply for, he was head of the Armed Forces Command Staff in Sweden. He is described as humble, genuine and listening with a modern leadership that he has applied in extremely complex work environments.

In conversation with one of Sweden’s top journalists, Ulf Skarin, we took the opportunity to hear from Dennis about his experiences and insights that led to the recognition of Change Leader of the Year. 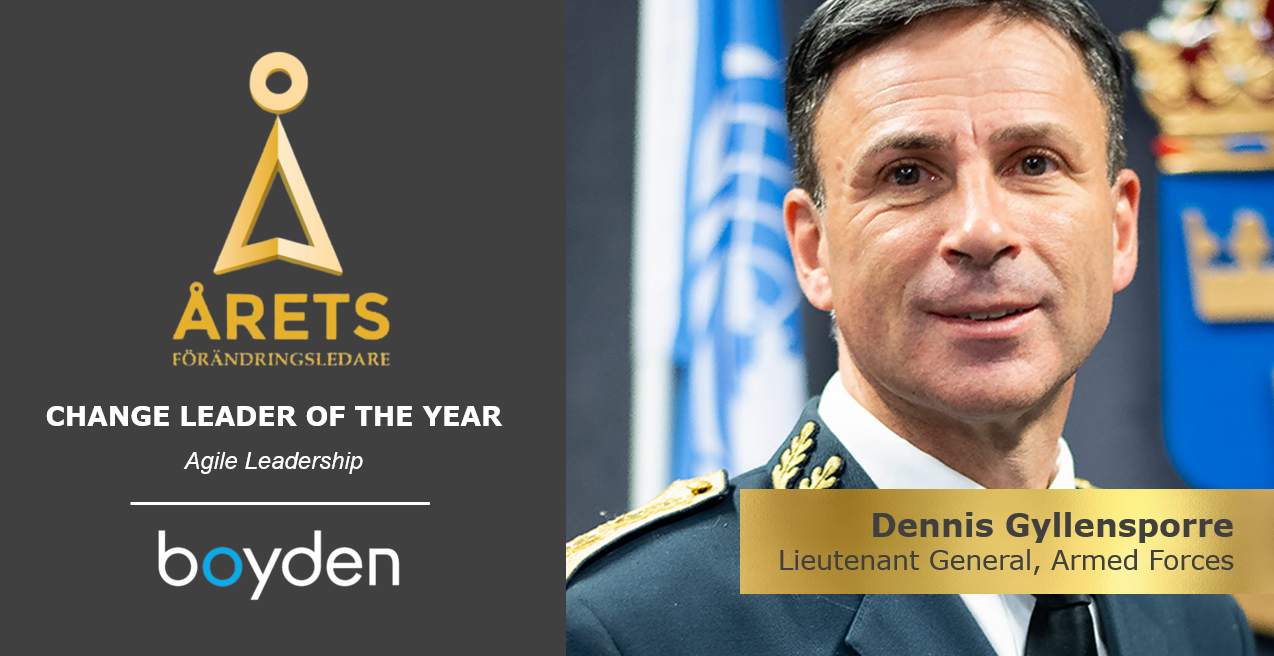 In African Mali, Lieutenant General Dennis Gyllensporre led the UN's largest and most difficult military operation ever. "It was my most stimulating and toughest assignment I've had as an officer," he says, successfully changing the entire strategic direction of this type of military effort.

Today, Dennis Gyllensporre is back home in Sweden. His chief assignment in Mali for the UN military force, MINUSMA, was expected to be one year. The assignment was instead extended over three years, partly due to the pandemic but also due to his successful way of leading the work.

Congratulations, how does it feel to receive this award?

"I am very happy and at the same time a little surprised! It's not very common for my job to be noticed outside of the more military contexts. But this was the UN's largest and most difficult military operation ever and my role as leader was really multifaceted."

West African Mali is one of the world's poorest countries and after a rebel uprising in the north and a military coup in 2012, the Malian president was deposed. In the same year, the civil war ended, but it was not until 2015 before a peace agreement was in place. "But there are still daily fighting going on in the country and an important task became to separate the fighting forces, conduct patrols and focus on protecting civilians from the fighting."

A second important part of his mission was also to lead the technical peace negotiations between the government and the two-armed groups that were at war with each other. There was also a major threat of terrorists who attacked both civilians and the United Nations, they too had not signed a peace agreement.

As head of MINUSMA, with a workforce of just over 13,000 people from 60 different countries, he quickly realized that to successfully solve his task, he must radically change the strategic direction of the entire work. More resources from the UN were out of the question.

"On the one hand, the strategic change has been about the methods we have used in our work. And partly about what resources we have had at our disposal. But above all, it has probably been ultimately about our 'mindset' to solve the tasks."

As for the choice of methods, Dennis changed the composition of the military troops that were in place in Mali. Some of the soldiers were allowed to go home, while other soldiers with a different type of competence were instead called in.

"Our focus was to create a higher level of security for the civilian population, which in turn required a much higher degree of military flexibility."

Traditionally, UN military activities have been relatively static, with units patrolling selected areas for a long time. It has its military advantages, but Dennis introduced a much greater flexibility in the organization where units could be quickly deployed in areas where the threats arose. "Such a mindset requires other types of resources including more helicopters and intelligence units. But also a completely different 'mindset' where the officers in particular must be able to quickly rethink and adapt to new situations that arose. We also became more proactive in our work." In the past, the UN has sometimes been criticized in Mali for spending too much time at their camps instead of being out on patrol. "In doing so, they also became more visible and discouraging to the combatants, which proved to have a major positive psychological effect for the civilian population."

What demands did your changing strategic direction place on you as a leader?

"A big challenge was managing both the long-term and the short-term perspective. On the one hand, there was an ongoing everyday life with many deadly attacks. On the other, it was important to maintain a high level of energy in a more long-term change process. It's quite easy to only focus on the here and now; but a leader must show commitment and long-term focus, otherwise now else will either!"

But how did you do it concretely in your daily work?

"To begin with, I put in a lot of work at the political level, talking to ambassadors and representatives of Mali. Same applies with UN representatives at their headquarters. It’s important to explain what we wanted to accomplish in our work. I also spent a lot of time communicating our work internally, Mali is a big country but every week I travelled around for two days and visited the units on-site to talk about our change work."

To describe simply and clearly what the changes were about, Dennis used three words: 'protection', 'posture' and 'partnering'.

"'Protection' was about the foundation behind our entire raison d'être, protecting ourselves, but also about protecting the local population. ' Posture' was about how to change our work and become more proactive and visible in society. And 'partnering' was about how we could create more collaboration between units in the air and actors on the ground. For each unit, and where all the soldiers were replaced with new ones every year, these three words meant slightly different things depending on their particular context. But these concepts also helped to create a greater understanding of the unique role and task of their units and greater affinity between the units among themselves."

What were your biggest challenges during this change process?

"I can be impatient; at times it felt like everything we did took too long! Another challenge was that all employees really had the opportunity to understand what we wanted to achieve. Internally, it worked well, but I also put a lot of time and dedication into communicating with people within the UN system."

What are the key insights of your mind after the three years as a leader in Mali?

"That all change work can only be a team effort! But at the same time, this means that you as a manager and leader have an important role to identify if and how a change process should be implemented. As a manager, you have a constant flow of information and at the end of the day you have to set a focus, these areas we're going to move forward with. Secondly, it's about actually doing it too! To really be able to implement a change and the larger an organization is, whether it is military or civilian, the more conservative it becomes. Because there are always arguments for not making any change at all! Success requires a lot of communication and simple solutions. It takes courage to implement change and it requires a leader to actually dare to step up and take that responsibility. And it can only be done if you believe in it yourself and that you have a high energy level and are really committed.

Presented in partnership by Boyden Global Executive Search and Interim Search, Årets Förändringsledare / The Change Leader of the Year Award recognizes business leaders who, in times of change, have led their team and operations in an inspiring and successful way. The award also reflects the company’s positive impact on society. This is the seventh year that the Change Leader of the Year Award has been presented.

The Change Leader of the Year – Agile Leadership is the first of three categories to be awarded.  As in previous years, the awards are presented across the following categories: Large Companies, Medium-sized Companies, with one category reflecting a unique theme for the year. This year, we present the Agile Leadership category. 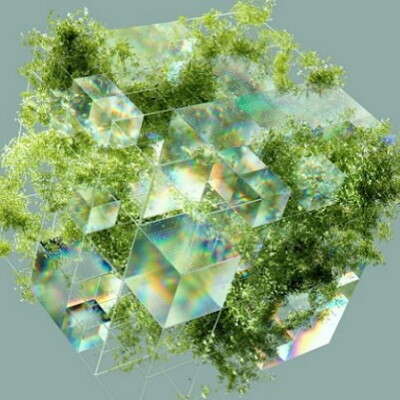 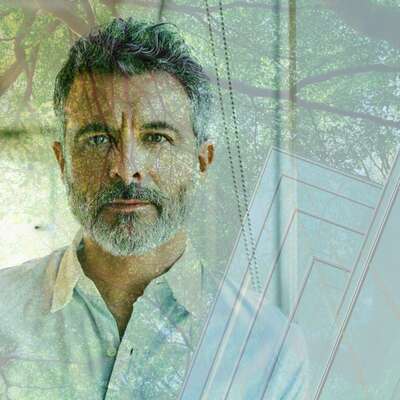 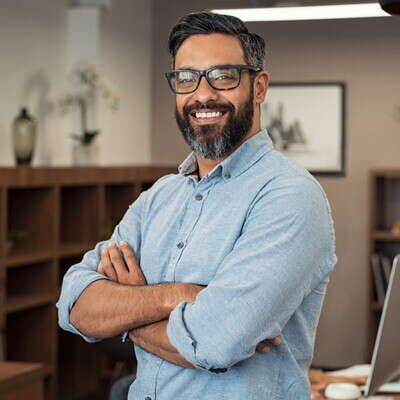