By Kelly Cryderman, The Globe and Mail
Share / Print 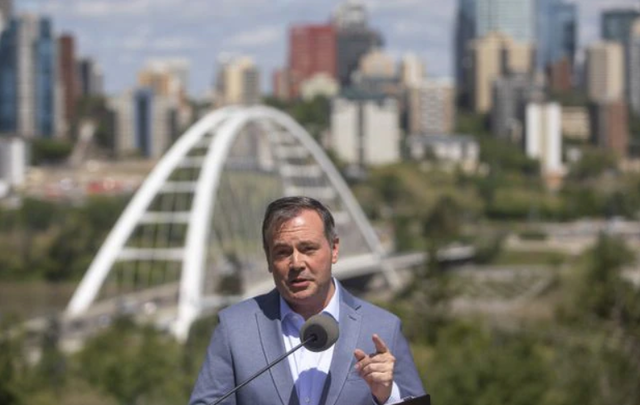 Written by Kelly Cryderman. This article was originally published by The Globe and Mail. Click here to view the original article.

Amid the turmoil of the pandemic and a series of political challenges, Jason Kenney’s office is losing another senior staffer close to the Alberta Premier.

Principal secretary Larry Kaumeyer, who had served as the interim chief of staff for the first half of this year, will become the chief executive officer of Ducks Unlimited Canada in October.

Mr. Kaumeyer said he couldn’t pass up the opportunity to lead the Canadian arm of the hunter-founded group focused on wetland conservation.

“This kind of came to me about four months ago, and I let the Premier know pretty early on. I said, ‘Look, this isn’t the kind of thing that normally comes along.’ It’s the sort of thing that I really do truly believe is kind of a dream job for me,” Mr. Kaumeyer said. The 58-year-old grew up on his family’s cattle farm just outside Calgary and describes himself as an avid outdoorsman.

“There’s a component of this that is bittersweet for me because I’ve been working a number of very large files for him – economic files that are very precious to me.”

Mr. Kaumeyer was the early author of the provincial “building skills for jobs” plan to revamp postsecondary learning in the province by 2030. He has been a main player in a number of economic development files that involve talks with Ottawa, including agricultural aid, irrigation projects, tax incentives for carbon capture and storage projects and child care. Despite the often-opposing views of the two levels of government, Mr. Kaumeyer said he has developed a good working relationship with federal officials.

His departure comes after 18 intense months in the Premier’s office, during which the government had hoped to focus on Alberta’s economic recovery. Instead, battling COVID-19 has taken over its priorities – as it has for every other government in the world. Mr. Kenney’s approval numbers have taken a hit because ofo his handling of the pandemic and other issues, including a controversial coal policy and the government’s fraught relationship with public-sector workers such as nurses, doctors and teachers.

Mr. Kaumeyer’s exit highlights the list of staff who started in senior positions in Mr. Kenney’s early days as Premier who are no longer with the government.

Principal secretary Howard Anglin left last year for postgraduate studies at Oxford University. Executive director of communications Katy Merrifield left in November to return to Vancouver, where she now works at public affairs firm Wellington Advocacy. Jamie Huckabay, the Premier’s original chief of staff, was asked to resign in January after travelling to Britain, despite public-health advisories against non-essential travel.

David Knight Legg, the chief executive of Invest Alberta Corp. and a close adviser to the Premier, resigned from his post in June to return to family in Singapore. He remains a senior adviser to the Crown corporation.

After Mr. Huckabay resigned, Mr. Kaumeyer took over the role of chief of staff for six months. Pam Livingston, who has served in a number of senior provincial roles, was named as Mr. Kenney’s top aide in July. Mr. Kaumeyer said this week they have begun a search for his replacement.

His last day in the Premier’s office is Oct. 1. He begins work at Winnipeg-based Ducks Unlimited Canada on Oct. 4.