Leadership Series: Leadership In A Time Of Crisis: An Interview with Professor David Gergen
Vol 1: Issue 1

In this exclusive interview with Boyden, Professor David Gergen discusses the loss of trust in leadership and what kind of leaders our world needs now.
By Gray Hollett
Share / Print

Advisor to four presidents, David Gergen was among the first to write about the crisis in leadership. Today he is an important voice in defining what happens when leaders fail and what to do about it. Now a professor at Harvard, he is Director of The Center for Public Leadership at Harvard’s John F. Kennedy School of Government. Gergen also serves as Senior Political Analyst for CNN and editor-at-large for U.S. News & World Report.

Gergen: Leaders are “the X-factor” that sometimes makes the difference in bringing together a nation. . . or a company. We have new research from Harvard Business School showing that, while CEOs may not be as big a difference in business as some believe, stronger CEOs continually make positive differences, which do add up over time. So does leadership make a difference? Absolutely.

Boyden: Given “the perfect storm” of global economic conditions, is the problem that our leaders have been overwhelmed by impossible circumstances? Or has a failure of leadership helped cause this crisis?

Gergen: There is growing recognition that we have worked ourselves into this crisis over the last several decades. Living beyond our means, encouraging people to buy houses they couldn’t afford, and so on. That doesn’t mean we haven’t had some good and great CEOs. But I think we have to admit fundamentally there has been a failure in leadership.

Boyden: For the last three years you’ve helped run a survey to measure how much we trust our leadership in the U.S. What have the results shown?

Gergen: This has been a real eye-opener. In the survey’s first year, 65 percent believed we had a leadership crisis. Now it’s up to 79 percent. Seventy-nine percent believe we will decline as a nation unless we get better leaders. And by the way, this last survey was completed before our current economic problems began.

Boyden: Soon you begin a new course in leadership at Harvard’s Kennedy School of Government. Given all we’ve witnessed, how will you change what you teach?

Gergen: I’ve been asking myself that same question.

I do believe this is a teaching moment. It is important for the older generation to reach out now to that next generation of leaders. We need to talk about the mistakes we’ve made. We need to pass on the lessons we’ve learned.

One. Leaders matter. Two. Hubris brings leaders down. There’s no question for me. People (leaders) bring themselves down.

They derail themselves. Like Icarus trying to fly too close to the sun, they forget the fundamentals. We do have a wonderful minister at Harvard’s Memorial church, the Reverend Professor Peter J. Gomes, and he put it very well in a sermon recently. He said, “You must master yourself before you can learn to lead others.”

Boyden: Is today’s world more complex and challenging for our leaders? Should the be leading differently?

Gergen: Today’s world is extraordinarily complex. For example, we are learning just how much of our economic problems have to do with globalization.

First, I think we have to begin preparing people to live, to work and to lead across multiple sectors – in business, and service and government. To be prepared to work in any or in all three in a lifetime.

Second, we have to learn to cooperate and collaborate across boundaries, beyond borders. I think we have to start teaching people to see themselves as citizens of the world.

Boyden: We now see more centralized control of the economies, more new funding and new contracts coming from capitals in many countries. What will this mean for our business leaders?

Gergen: I hope this is temporary. We don’t want to swing too far in this direction for too long. But it is important for business leaders to learn how government works. It is important for them to participate. And I don’t mean through lobbyists. I mean business leaders need to go themselves. And get involved. I can tell you that at least in Washington, we need more people with real business backgrounds. I’d love to see people like Jack Welch (former CEO of General Electric) bring more private sector skills to run stimulus programs in a business-like way.

Boyden: One last question, David: Is there any kind of “secret ingredient” for great leadership that nobody talks about?

Gergen: I do think people that are curious and people that know how to listen do have an advantage when it comes to leadership.

To learn more from David Gergen on leadership, visit his website at http://www.davidgergen.com. 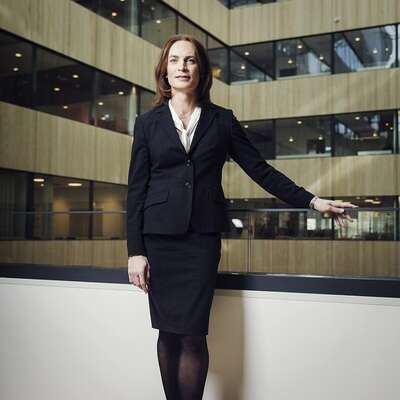 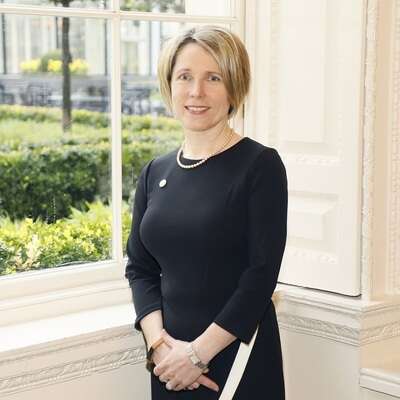 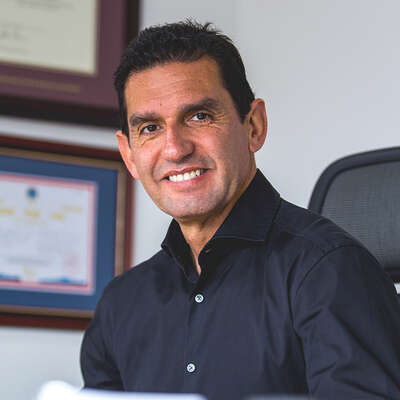