Boyden is proud to share the appointment news of Jerry Dobrovolny 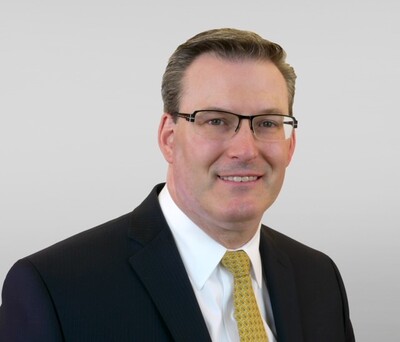 Reporting to the 40 elected officials that make up Metro Vancouver’s Boards of Directors, Mr. Dobrovolny brings the necessary expertise and collaborative executive leadership skills to guide approximately 1,500 employees providing essential services to the region’s 23 member jurisdictions that work as a federation to provide the services and solutions that underlie a livable region.

With more than 30 years of experience in local government, Mr. Dobrovolny served as a municipal councillor for 9 years in the City of New Westminster from 1996 – 2005, acting as an alternate Director to Metro Vancouver and a member of its Labour Relations Bureau.

He will join Metro Vancouver from his current role as City Engineer - General Manager, Engineering Services at the City of Vancouver where he is managing a team of over 2,100 staff, combined annual budgets of more than $800 million, and overseeing more than 66 percent of the City’s total capital assets valued at $25 billion. He is also a current member of the Regional Engineers’ Advisory Committee, convened by Metro Vancouver.

“After a robust executive recruiting process, Jerry clearly demonstrated that he is uniquely capable of effectively managing a complex array of essential public utilities and services for more than 2.5 million people in the region, while juggling competing demands with ease and enthusiasm,” said Sav Dhaliwal, Metro Vancouver Board Chair.

Mr. Dobrovolny’s educational background includes a Bachelor of Applied Science - Civil Engineering from the University of British Columbia, a Professional Engineering designation, and a Master of Business Administration from Simon Fraser University.

“I am elated to accept the position of Metro Vancouver’s Commissioner/CAO which is both an awesome responsibility and opportunity to help shape the future of this truly spectacular region that we love,” said Mr. Dobrovolny. “As the key contact with the Board, members and other orders of government, I look forward to working with staff and elected officials to enhance the quality of life in one of the world’s most livable regions.”

Mr. Dobrovolny will commence work at Metro Vancouver in early October onboarding with Ms. Mason to facilitate knowledge transfer and a smooth transition.

“I extend my profound gratitude to retiring Commissioner/CAO Carol Mason for her tireless efforts and extraordinary accomplishments working with staff and three consecutive Boards since joining Metro Vancouver in the spring of 2012,” adds Dhaliwal. “Her many invaluable contributions include facilitating organizational enhancements and robust policies in asset management, budgeting and financial planning that has the organization well positioned for the future.”

Boyden is pleased to share the appointment news of Tracy Redies, a recruitment led by Craig Hemer

Boyden is pleased to share the appointment news of Richard Lacombe, a recruitment co-led by Sébastien Zuchowski and Thierry Faure