Boyden is pleased to share the appointment news of Michael Murray,
a recruitment co-led by Nick Chambers and Marie-Hélène Gaudreault 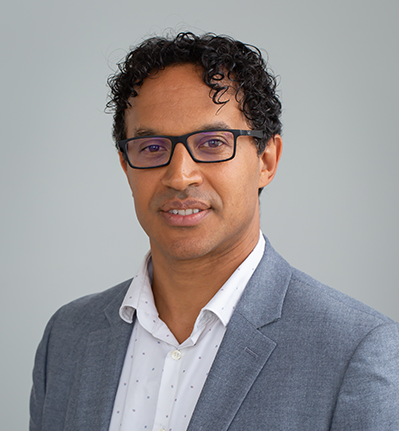 On behalf of the Ontario Arts Council (OAC) board, Chair Rita Davies today announced the appointment of Michael Murray to the position of CEO starting August 29, 2022.

The extensive search was led by a committee of the OAC board of directors and facilitated by Boyden Global Executive Search. In addition to the board selection committee (Rita Davies, Chair; Dani Peters, Vice Chair; Mary Meffe, Chair of Finance & Audit; and Robin Jones, Chair of Human Resources), the CEO interview panel included two external members – former OAC board member Karim Karsan, Vice President and Associate General Counsel at Chartered Professional Accountants of Ontario and Harvey McCue (Waubageshig), who is Anishinaabe from the Georgina Island First Nation and a consultant specializing in Indigenous issues.

"Michael greatly impressed the interview panel. We were excited by the range of leadership skills and wealth of experience that he will bring to the role of CEO,” said Rita Davies, OAC Chair. “The depth of his knowledge of and passion for the arts as well as his interpersonal and relationship-building talents made Michael the unanimous choice of the panel.”

“I am so proud to return to OAC as CEO. The past two years have shown the incredible resilience of artists and arts organizations and it’s a great honour to serve this community,” said Michael Murray. “I look forward to working with our fantastic board and chair Rita Davies and our exemplary staff as we support the next chapter of the arts in the province.”

Michael returns to OAC from the Alliance of Canadian Cinema, Television and Radio Artists (ACTRA) where he served as director of ACTRA Performers’ Rights Society, Canada’s largest performers’ rights organization.

From August 2015 to February 2021, Michael was executive director for the Toronto Musician’s Association, Local 149 of the American Federation of Musicians of the United States and Canada, at the time representing 2,900 members in labour relations and advocacy.

Between 2007 and 2015, Michael was OAC’s popular & world music and arts service organizations officer. His outreach efforts during this time led to significant increases in applicants and grant recipients from Indigenous and racialized communities. (more)

“I also want to take this opportunity to thank Interim CEO, Sandra Cruickshanks, who so adroitly kept all OAC programs and operations on track and moved the work on OAC’s five-year strategic plan to be ready for an early fall launch,” said OAC Chair, Rita Davies. “Her calm and accessible style made her a perfect choice for this transitional time.”