The Council of Ontario Universities appoints its next President and CEO

Boyden is pleased to share the appointment news of Steve Orsini, a recruitment co-led by Eric Lathrop and Michael Naufal 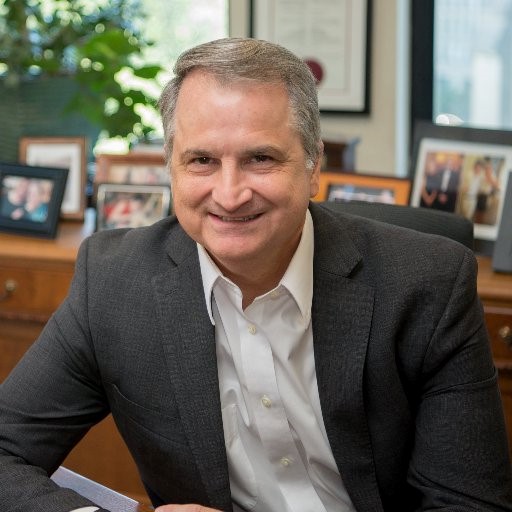 With a mission to partner for the benefit and prosperity of students, communities and the province, the Council of Ontario Universities is pleased to announce the appointment of Steve Orsini as President and CEO, effective September 14, 2020.

With more than 30 years of experience in government and health care, Steve brings a wealth of public sector experience. As Secretary of the Cabinet, Head of the Ontario Public Service (OPS) and Clerk of the Executive Council from 2014 to 2019, Steve reported to the Premier of Ontario and was responsible for more than 60,000 employees in the OPS. As Secretary, Steve championed the development of the OPS of the Future Action Plan, its Inclusion and Diversity Blueprint and the government’s first Anti-Racism Action Plan.

Steve has a long history of working collaboratively with all levels of government, the broader public sector, NGOs, and industry associations on system transformation. For example, Steve Chaired the Premier’s Housing Development Approval Round Table, supported Ontario’s input into the Amazon bid, played a leadership role on behalf of Ontario in negotiating the HST and federal administration of Ontario’s corporate income tax, oversaw the policy design of the Ontario’s Child Tax Benefit, supported the province in comprehensive pension reform, and worked with the federal government and other provinces in reaching an historic agreement in creating the pan-Canadian Cooperative Capital Market Regulator.

Steve is currently the Co-Chair on the Ontario Chamber of Commerce’s Advisory Council on Ontario’s Economic Future and a member of the Intergovernmental Fiscal Relations Steering Committee reviewing Canada’s fiscal architecture. Steve previously served as Chair of the Ontario Financing Authority and Ontario Electricity Financial Corporation as well as a Member of the Public Policy Forum Board of Directors and Advisory Council of the Lawrence National Centre for Policy and Management at the Ivey Business School.

Steve has a Bachelor of Applied Arts in Urban and Regional Planning, a Master’s in Environmental Studies and a Certificate in Public Administration. He has also completed the Canadian Securities Course, Parts I and II of the CICA In-Depth Tax Course and the Harvard University Health Care Leadership Program. Steve is currently a Distinguished Fellow at the Munk School of Global Affairs & Public Policy and a Senior Fellow at the C.D. Howe Institute.

We are very pleased to welcome Steve to COU. We also wish to thank the members of the Presidential Search Committee for their engagement in this process: Mike DeGagné, Nipissing; Meric Gertler, Toronto; Karleen Pendleton Jiménez, Trent; and Deb MacLatchy, Wilfrid Laurier. We also recognize our partners at Boyden for their professional executive search assistance.

We would also like to thank David Lindsay for his exceptional five years of service and wish him, on behalf of Council, all the very best in his well-earned retirement. Join us in welcoming Steve to the Council of Ontario Universities. We look forward to working in partnership with him to advance the contributions of universities for the success of our students, the betterment of our economy and the vitality of Ontario’s communities.

Boyden is pleased to share the appointment news of Dr. Josette-Renée Landry, a recruitment led by Andrew Dumont