The Not-for-Profit Executive Team: What Makes it Work Well?

Given the unique challenges of leadership in the not-for-profit sector, it is especially critical for the executive team to pull together and work effectively. Moreover, we anticipate that in the years ahead, not-for-profit leaders will continue to be asked to do more, in less time and to higher standards. Eric Lathrop, Partner of Boyden Toronto and Ottawa, shares his perspective in CSAE's latest issue of "Association" magazine.
By Eric Lathrop
Share / Print

The concept of an executive team is straightforward: The executive director and a select group of senior leaders address matters relevant to the organization’s well-being, such as corporate vision, strategy, risks, values, and conflict. Every team member is expected to participate. The intent is to create a diversity of perspectives and ideas that will help the team to drive the organization forward.

It is important to remember that the impact of the executive team is far greater than the decisions it makes. Because their interactions are often read as representative of the broader organizational culture, the executive team can come to symbolize the organization as a whole. In today’s competitive market, this ‘symbolic’ role can have very real consequences in attracting and retaining top talent to your organization.

Given the unique challenges of leadership in the not-for-profit sector, it is especially critical for the executive team to pull together and work effectively. Moreover, we anticipate that in the years ahead, not-for-profit leaders will continue to be asked to do more, in less time and to higher standards. To succeed, they must look to their executive team for guidance, support and energy. Yes, the executive director will still be expected to provide vision and leadership, but the days of the executive director single-handedly leading an organization are a thing of the past. Today, the senior management team is becoming increasingly indispensable.

In our quest to find what makes executive teams work well, we mined our data base for clues, reviewed the literature, and reflected on our experiences as executive recruiters. Ultimately, we identified six ingredients that we found to be critical to the effective performance of the executive team.

Good teams make sound decisions, be they strategic, operational, or cultural. Team solidarity is a must once a decision is reached, but not necessarily a starting point for team meetings. Otherwise, the team would avoid confrontation in order to reach a quick and easy decision, resulting in superficial agreement, sub-optimal outcomes, and in some cases, private contempt.

At the executive table, debate and opposition are important to good decision-making. They keep the team’s judgment sharp and in check. When executive teams are too collegial or too deferential, they run the risk of losing their ‘edge’ and effectiveness. When this happens, the ‘rubber stamp’ can become a defining symbol. Successful teams, however, create space for opposition by establishing a safe environment where ideas are freely shared and issues are openly debated. Within such settings, conflicting opinions and views do not remain latent, only to emerge later in off-line discussions.

2. Trust: Believing In Each Other

Of course, constructive debate can only occur when there is genuine trust between colleagues. Team members are more inclined to share their views when they trust that, if disagreement follows, it will be constructive and valuable. They expect that no one will point fingers, pass judgment or harbour animosity. In trusting the team, executives shed self-conscious fears and share their ideas as well as their concerns. This level of trust brings tough issues to the fore, giving the executive team time to correct problems or change focus.

Trust also requires a commitment to transparency. If executives purposefully withhold useful information from their colleagues to gain a perceived competitive edge or appear better informed, the team and the organization lose.

Trust inspires, while its absence, particularly at the most senior level, can deflate an entire organization. Not surprisingly, trust usually matures slowly, as team members become more familiar with one another, share experiences, and witness one another in action. A successful leader will work to develop trust over time, through respectful, non-judgmental debate and through open, transparent communication.

3. Care: Helping Each Other Succeed

Many team members are talented people who have attained success from individual initiative, responsibility and personal accountability. Naturally, this experience can sometimes lead to feelings of rivalry and territoriality within the executive team. A successful leader will seek to mitigate that tendency, and to foster cooperation and mutual support, so the team can become more than its constituent parts.

Team members should not be fixated only on their own agenda and interests, but should care about the success of their colleagues and of the whole team. Ideally, an outside observer should be uncertain which member holds which title, because each is equally invested in all facets of the organization. The executive director should show leadership in this regard; s/he must be less myopic about their own role and spend more time applauding the contributions and successes of their fellow team-members.

The most engaged teams are averse to secrecy and politics, recognizing that the two can devastate an organization. When teams stop talking, problems usually follow. Team success, therefore, requires frequent, open, and meaningful contact between executive team members.

Frequent communication can also help teams to work more efficiently. As in any group or social setting, when the participants are actively engaged, a common lexicon often emerges that is unique to that group. From an organizational perspective, this lexicon can be hugely beneficial. At a minimum, it creates precision and helps to further improve efficiency and clarity, especially across large, diverse organizations.

5. Versatility: Dealing With Any Challenge

The best teams are versatile and adaptable. They can flex, stretch, and scale to deal with a range of pressures. This versatility comes from the diversity of perspectives, which are at times based on differences in function, gender, generation, or simply experience.

Versatility becomes especially important during long, stable periods of success, when managerial rituals and habits can become entrenched. Without warning, a once gifted team can become unexpectedly mediocre by approaching new problems in ways that no longer make sense. Teams that are able to sustain success are usually averse to long-established management practices and executive team rituals. They recognize their fallibility, question their value to the organization, and “think about their thinking.” Never anchored in past successes, they push themselves into areas of discomfort and do not settle into a ‘way of doing things’ that over time can become a crutch.

6. Focus: Optimizing Their Time Together

Time is a precious resource and good teams make the most of their time together. No matter how smart and skilled the members, it’s all for not if the group is unable to deliver on their mandate because they’re disorganized. A focus on time management is key to optimizing the team’s contributions. Without such a focus, executive team meetings can clog with menial discussions, resulting in an unhealthy level of cynicism within the team.

Successful teams use time-management strategies that allow for hard and focused conversations, ones in which important matters are dealt with first and foremost. They remove obstacles that impair their efficiency or cloud the ‘real’ issues. For example, they work hard to reduce volume and filter topics for meetings. This focused approach produces a higher level of confidence in the team and an elevated sense of professionalism across the organization.

The individual elements of strong executive teams can be isolated in theory. But much like a gourmet recipe, if certain ingredients are removed, the entire dish loses its essence. An efficient, organized approach and a commitment to rigorous debate will also prepare the team to be versatile in times of change. Rigorous debate, meanwhile, can only occur where trust, care, and open communication have been established.  By focusing on all six elements, the executive team can set an example that will permeate the organizational culture as a whole while driving vision and strategy forward.

About the Author: Eric Lathrop, Partner

A Partner at Boyden global executive search, Eric Lathrop has recruited the leaders for associations that represent Canada’s most significant industries, including forestry, aerospace, tourism, defense, and many others. He is also an author and speaker on talent and recruitment best practices in the not-for-profit sector.   Eric works out of our Toronto and Ottawa offices. 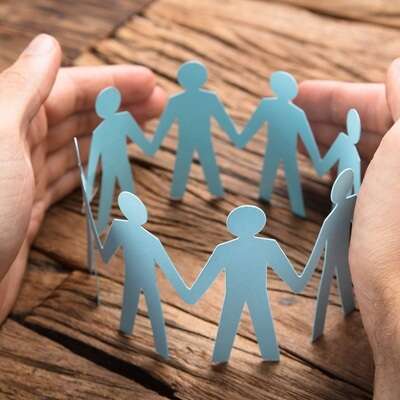 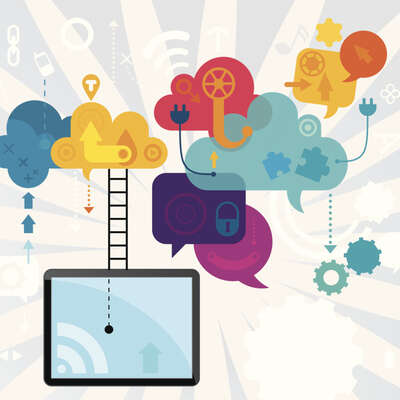 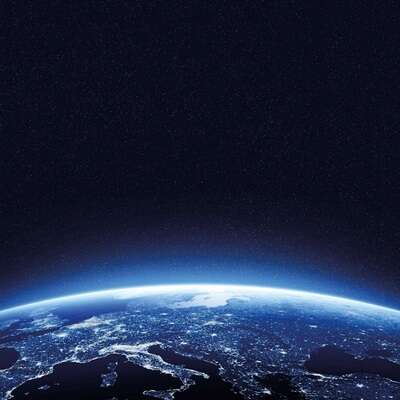