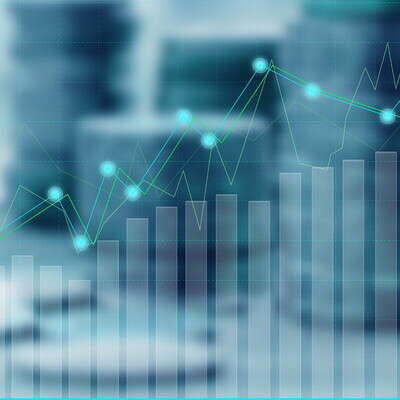 Analysis of the latest industry trends, strategy updates of banks and wealth managers, and taking a close look at key people moves over the third quarter of 2020.

While most asset and wealth managers have focused on how to protect their clients from the market risks that have been experienced in 2020, a tech-led reshaping of the industry is starting to take place. Asset and wealth managers have been facing pressure to digitalise their operations and services for quite some time, and challenges brought by the pandemic have made many businesses step back and rethink their structures and business models to be more digitally savvy.

A recent poll by Alpha FMC1 found that over half of asset and wealth managers expect their digital budgets to increase next year, to respond to an increasingly agile environment where clients expect more value, a higher quality of work, and a faster delivery. The survey found that only 23% of firms currently think that their existing digital capabilities meet client needs. It also found that 79% of global asset managers are considering digital as a top or high priority in their agenda, and 20% more currently describe themselves as “getting organised” than in 2019.

Although this is encouraging data, many digital improvements are still needed across the industry and there are also obstacles and unclarity across firms on how to implement such a transformation project. For example, some businesses are unclear on who owns the digital plan in the organisation. Some large global firms have created separate digital functions helmed by digital and transformation officers, while in others it sits in the marketing and distribution units.

European private banks made a resilient start of 2020 driven by increased portfolio activity due to the uncertainty brought by the pandemic, and they kept their position as the most profitable segment in global banking. They have although stumbled into Covid-19 in a difficult starting position, following a year of declining profits. McKinsey’s European Private Banking Report (2020)2 recently displayed a decade-long trend of compression in profit margin through to the end of last year. Despite favourable market conditions in 2019, the profit pool for the year fell to €13.3 billion from €13.5 billion in 2018. Cost-to-income ratio was recorded at 71%, the highest level since 2012 (Figure 1). The aggregate profit margin fell to a 12-year low of 21 bps of assets under management in 2019, compared to 22 bps in 2018 and 35 bps in 2007; while revenue margin tumbled to a low of 73 bps, compared to 75 bps in 2018 and 96 bps in 2007 (Figure 2). 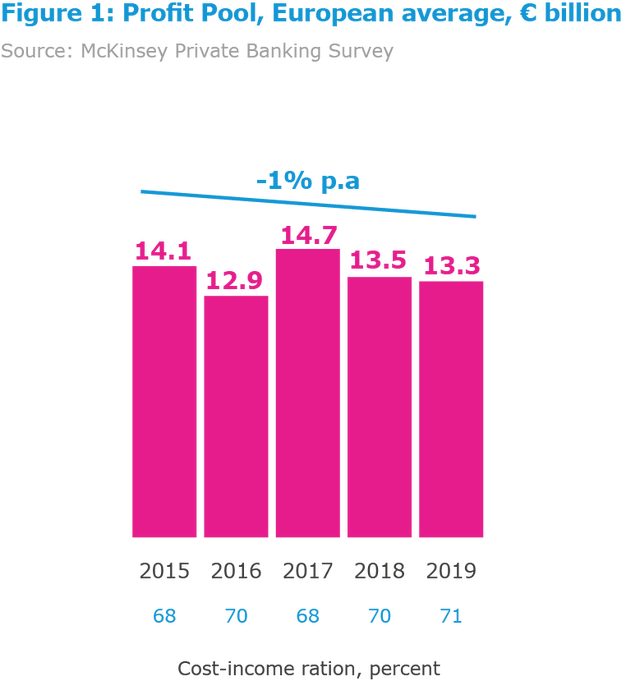 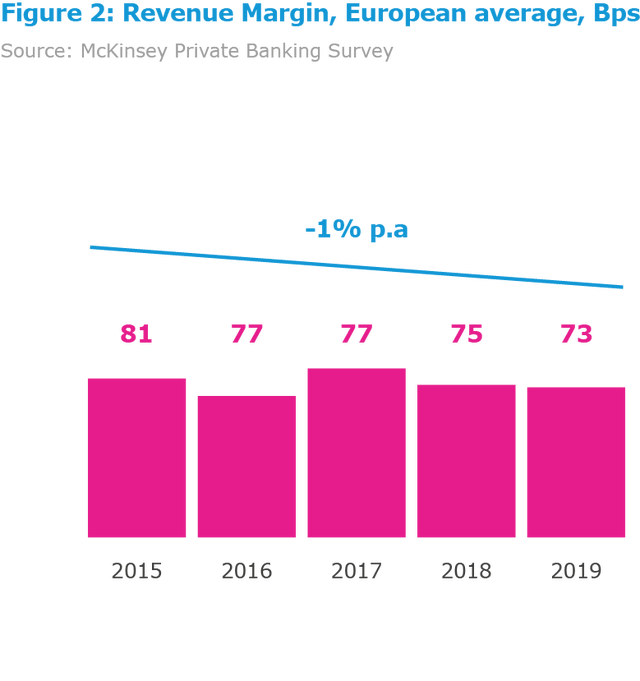 Assets and People Shift to the EU following Brexit

A recent study by EY3 found that over £1.2 trillion in assets have left the United Kingdom since the EU referendum, as well as 7,500 financial services jobs. The EY's Brexit Tracker has recently reported that 88 firms confirmed at least one location in Europe where they are moving or considering moving to or adding staff since the referendum. The tracker monitors the public statements made by 222 of the largest financial services firms with significant operations in the UK. Dublin remained the top destination for 34 of the 88 firms, while Frankfurt came second with 23 companies, and Paris third with 20. Luxembourg emerged as a key hub especially for fund managers. While some institutions have taken clear decisions, the report also highlighted that many are still on a “wait and see” mode.

A number of UK-headquartered banks have been notifying clients living in the EU that they will no longer be able to provide them UK-based banking services from January. Coutts has reportedly begun closing EU accounts, joining banks like Lloyds and Barclays that have already started the process.

Overall, the number of UK citizens emigrating to the EU has risen by 30% since the Brexit vote, The latest data from the Organisation for Economic Co-operation and Development (OECD) highlights Brexit as the "dominant driver" of such decisions made since 2016. Migration from Britain to EU states averaged 56,832 people a year in the period 2008 - 2015, growing to 73,642 a year in 2016 - 2018. Spain was recorded as the main migration state, where an estimated 380,000 British nationals currently live. OECD also highlighted that the number of UK citizens attaining an EU member state passport jumped by more than 500% across the continent, including a significant rise of more than 2,000% in Germany alone.

The Financial Conduct Authority (FCA) approved the application of Archax4 to be regulated as the UK's first digital securities exchange and custodian. The approval makes Archax the first Virtual Asset Service Provider (VASP) in the United Kingdom under the FCA's crypto asset registration, a new registration that was introduced earlier this year as part of the amended Money Laundering Regulations (5MLD) and is now mandatory for all crypto asset firms. The move is an important milestone as it makes it possible for investors in digital tokens around the world to trade on a secondary listed exchange authorised by an internationally recognised regulator.

The United Arab Emirates (UAE) announced the long-awaited merge of its financial sector regulators, the Insurance Authority (IA) and the Securities and Commodities Authority (SCA), to be overseen by the Ministry for the Economy. Although at this stage it is hard to understand if the merger of the IA and SCA will result in a corresponding merger of their regulatory frameworks, hopes are that current gaps and ambiguities that exist between the respective regimes will be addressed. This will provide more clarity for advisory firms, service providers and investors. The move comes as part of a wider simplification of the federal government's structure. Sheikh Mohammed bin Rashid Al Maktoum, UAE vice president and ruler of Dubai, said the aim was "a government that can more quickly make decisions and deal with changes and more adeptly seize opportunities in dealing with this new stage in our history; a swift and agile government".

The UAE emirate of Dubai announced the launch of a new five-year residency visa for retirees aged 55 and above. The Global Retirement Visa will be initially available for expats already resident in Dubai and it is part of the government's new Retire in Dubai drive to encourage more wealthy expats to relocate to the city or continue to live there. It builds on the country’s vision to enhance its status as an iconic global city and the world's most preferred lifestyle destination. To qualify for the visa an expat must receive a monthly income of AED 20,000 (approx. $5,500) or hold savings in the UAE of at least AED 1m (approx. $272,000). Alternatively, expats can own a property in the city with a value of more than AED 2m (approx. $544,500).

Kuwait's National Assembly is reviewing the government’s proposal to reduce and limit the number of foreign workers living in the oil-rich Gulf state. If passed, the proposal could see around 160,000 expat jobs being replaced by national citizens. Some categories of workers, including domestic helpers, medical staff, educators, and GCC nationals, will not be affected. The review follows an announcement by the Kuwaiti prime minister Sheikh Sabah al-Khalid al-Sabah in June outlining his intention to reduce the numbers of expats residing in the emirate by 40% from the current 70% level (expats currently account for 3.4 million of Kuwait's 4.8 million residents). The Kuwait Times reported that as many as 370,000 expats have already been identified as having a "negative impact" on the country. Furthermore, certain visa types and current procedures could also be banned, including the transfer of visit visas into work visas, or the transfer of domestic helpers to work in the private or oil sectors.

The Monetary Authority of Singapore (MAS) has issued the “Guidelines on Individual Accountability and Conduct”5, for ethical behavior in financial institutions. The guidelines focus on measures that institutions should put in place to promote the individual accountability of senior managers, strengthen oversight over material risk personnel, and reinforce standards of proper conduct among all employees. The aim is to assist firms by providing a framework and best practices for strengthening accountability and standards of conduct. The new guidelines will take effect in September 2021 and will apply to all financial institutions regulated by MAS, including CMS Licensees and RFMCs, unless exempted.

The city state is also looking to reduce the number of expats as it records the highest level of unemployment in more than ten years, rising to more than 4% in the second quarter of 2020. The government has already increased the minimum monthly salary an expat needs to secure a work permit by 15% this year, given the uncertain economic conditions. The new measures are a response to the recently introduced national security law in Hong Kong as well, which prompted many expats to move to
Singapore.

Shenzhen, the richest of Greater Bay Area cities in Guangdong province, has outlined a 50-point blueprint to expand its financial services sector and increase trade and capital flows with investors based in Hong Kong and elsewhere. The plan includes 85 measures seeking to foster financial innovation, widen market access to foreign investors, and strengthening market cooperation with Hong Kong. The Shenzhen government is looking to cement a stronger bond by welcoming Hong Kong-based banks, securities houses, and insurers to grow their footprint in the city. The move comes amid China’s controversial national security law in late June and follows long-standing efforts by Shenzhen to bridge the financial markets on both sides of the border through various so-called “Connect” programmes. The announcement is part of broader Greater Bay Area plans to integrate Hong Kong and others in an 11-city megalopolis that generated $1.66 trillion in GDP last year, placing it on par with the 11th ranked Russian economy.

America is now home to almost 800 billionaires, up from 788 at the end of 2019, and 620 at the end of 2016. The latest annual Billionaire Census Report compiled by Wealth-X (2020)6 highlighted how America, mostly the US, continued to register a record high in number of billionaires who currently account for more than a quarter of the world’s mega rich. It is estimated that American billionaires currently control $3.4 trillion in total assets, representing more than the combined total net worth of the billionaires who reside in the next eight countries. The rise of the Silicon Valley and tech giants has largely contributed to the strong growth of mega rich wealth over the last five years in America. The most common home for billionaires is still New York, with 113 individuals, followed by Los Angeles and San Francisco. China is at the second place after America, counting little less than half in number of individuals, although the billionaire population expanded faster there.

The US has registered a record number of individuals renouncing citizenship over the first half of 2020. Research from New York accountancy firm Bambridge Accountants7 found that 5,816 people gave up US citizenship in the first six month of the year, a 1,210 % increase on the previous six months which recorded 444 cases. It makes the first two quarters of 2020 ranking as having the first and second highest numbers on record at 2,909 and 2,907 respectively. In comparison, a total of 2,072 US citizens renounced citizenship in the whole of 2019. The large amount of people who renounced in 2020 are individuals who already left the US, and key factors for the decision were found to be the current political climate and onerous tax reporting, as well as the pandemic. According to statistics, there are currently around nine million Americans living outside of the US who are required to file tax returns and report all their foreign bank accounts, investments, and pensions each year.

2 The future of private banking in Europe: Preparing for accelerated change, McKinsey (2020); https://www.mckinsey.com/industries/financial-services/our-insights/the-future-of-private-banking-in-europe-preparing-for-accelerated-change# 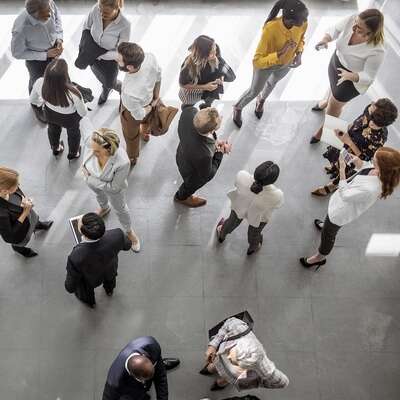 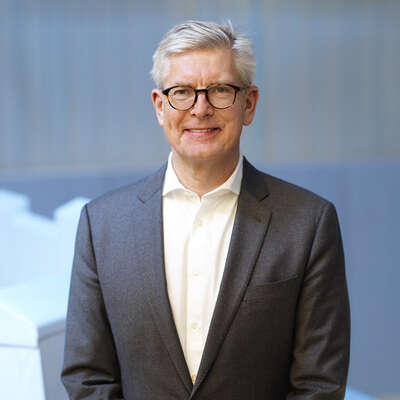