Vadym Prystaiko and Igor Smelyansky urged decision makers to make a firm alliance with Ukraine during an event in London with over 200 leaders hosted by leadership advisory firm Boyden.

London, November 4, 2022 – Vadym Prystaiko, the Ukrainian Ambassador to the UK, and Igor Smelyanksy, CEO of Ukraine’s national postal service Ukrposhta, made a special live appearance to address over 200 UK business leaders at Boyden’s Annual Assembly where they spoke about leadership through a global crisis.

The two Ukrainian leaders both impressed upon guests at Boyden’s Annual Assembly that conflict can be alleviated through alliances during times of conflict.

Praystaiko encouraged leaders to not be complacent about Ukraine’s win.

He reminded leaders that the Ukrainian Government continues to demand that Ukraine must become a part of NATO. Ukraine are tired to be outside of the Alliance, now is a time to unfold over Ukraine a security umbrella, which allowed most nations of Europe develop safely. 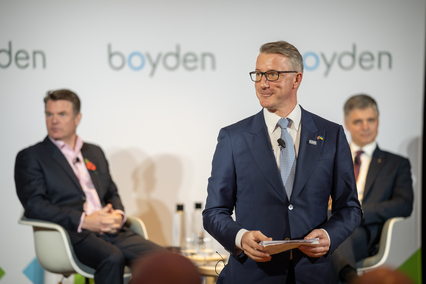 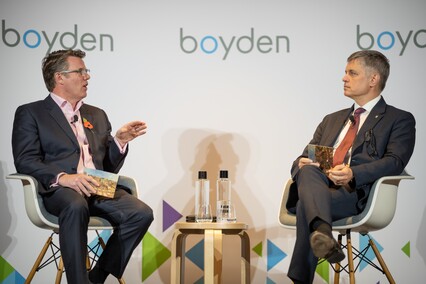 In advising other leaders on how to run their teams, Prystaiko spoke about his experiences over the last eight months:

“I have had to understand where my team’s limits are. You can work 24/7 for eight months and sooner or later they will lose their effectiveness as a team. Recipe of success is to be extremely ambitious and try to resolve every world problem from where you are.

“I have a feeling of guilt to be in safe and comfortable London when people are dying in my home country. But I am driven to urge world leaders they have a moral obligation to ally with those who are killed and bombarded.

“To win this war, we must have two things: hope and unity. We can succeed if leaders around the world across business, government, military and beyond unite and believe Russia can be defeated.”

He divulged that small and medium businesses in Ukraine make over $500 million through eBay and Amazon – meaning anyone in the UK can help people across Ukraine in a couple of clicks.

Smelyansky’s advice to other leaders was:

“You just have to keep winning, and your work will support you. I work with a long-term view but knowing that every day could be my last. No matter what my stress level is during the invasion I have to make a decision, live with it and move on to make the next one.

“Every day we go against standard corporate governance procedure, like when I am personally going to the front line to deliver post. But it is essential to help me understand what is happening on the ground, how adaptable my team must be, and most importantly how they feel.

“In the boardroom, striking a balance between making executive decisions and asking my regional directors to decide whether their workforce can do their jobs under invasion is a challenge. But, when peace times come, it will have changed my business for the better.” 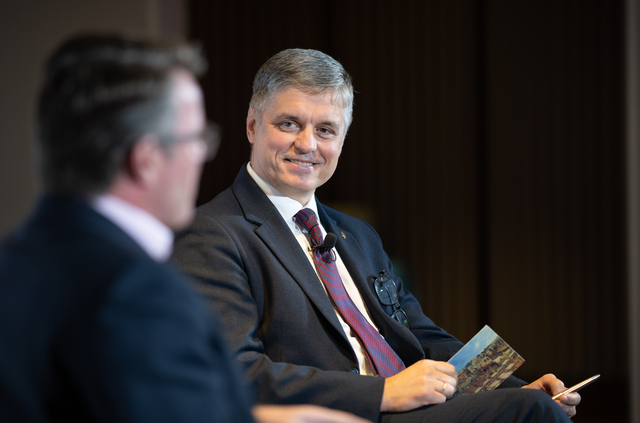 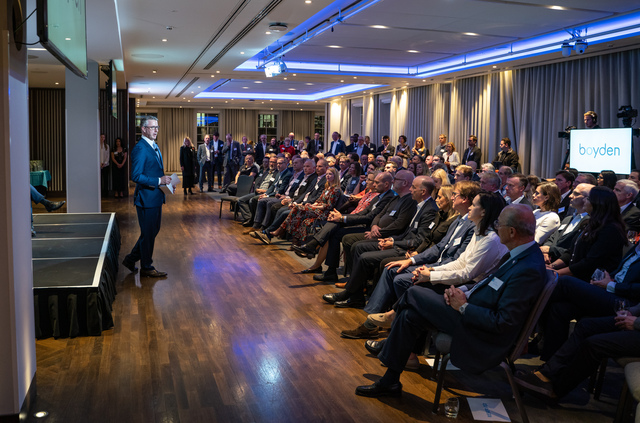 Nick Robeson, Managing Partner at Boyden UK & Ireland, who conceived of the idea of this year’s Annual Assembly said:

“It was an honour to listen to Vadym and Igor, who sit in the front line of a global crisis and learn from their awe-inspiring leadership.

“We are driven to provide a bridge between Ukraine and the UK’s business leaders, especially when the Russian invasion of Ukraine impacted Boyden’s office in Ukraine directly.

“In today’s increasingly challenging global environment, the UK’s business leaders will have been inspired after receiving their insight about leading through a global crisis. I have no doubt they will be reflecting on how to apply the pair’s mentality to their own leadership.”

“I am proud to be a part of the Boyden family, who against the current injustices are continually supporting humanitarian efforts in my country. Whether it is welcoming Ukrainian colleagues into their homes or providing financial support to families, I hope that UK business leaders will hea about the medium to long-term impact they can have in resolving this crisis and defeating Russia.”

Boyden is a premier leadership and talent advisory firm with more than 75 offices in over 45 countries. Our global reach enables us to serve client needs anywhere they conduct business. We connect great companies with great leaders through executive search, interim management and leadership consulting solutions. For further information, visit www.boyden.com.

Business leaders reveal the lowest confidence globally in their workforce and leadership teams; likely to hire more diverse executives to deliver growth based on digital transformation, innovation and product or service diversification

Research finds North American leaders the least confident globally in their organization’s growth potential, due to employee burnout, competing for talent and rising costs; while confidence in having the right talent to align with strategy hovers around 50 percent