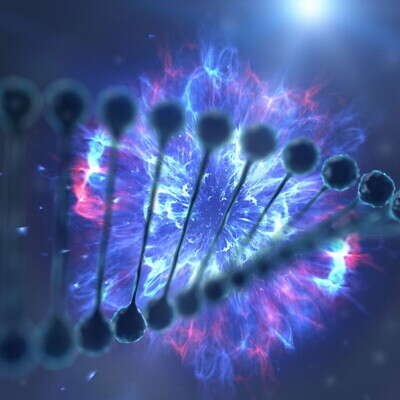 An interview with Alistair Kirk, transformation programme expert and member of the UK’s Vaccine Taskforce.

Boyden UK Partner Nick Bellwood, a specialist in life science innovation, spoke to Alistair Kirk, a member of the UK Government’s Vaccine Taskforce (VTF), about lessons from his career and how they helped accelerate change in a crisis.

Alistair Kirk is a senior strategic leader who has led £multi-billion transformation programmes in large, complex organisational settings. Prior to founding his consultancy in 2020, Alistair led the programme management function at Rolls-Royce, following his term as Executive Director on HS2, one of the UK’s largest-ever infrastructure programmes. He has also held leadership roles at Arcadis, Network Rail, and defence firm BAE Systems. 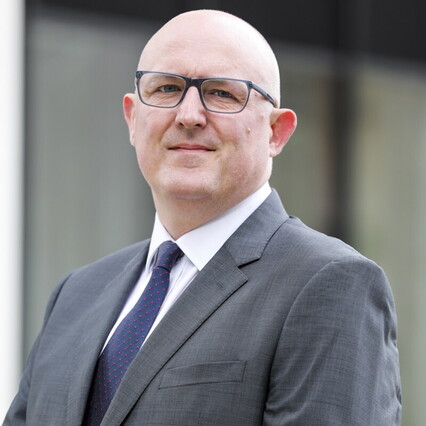 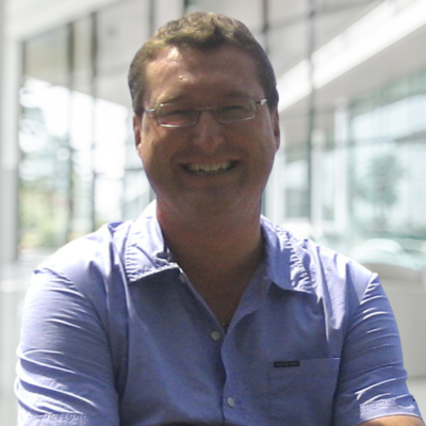 Bellwood: What are some of the main themes or lessons from your career in leading successful transformations?

Kirk: One is the importance of having effective senior sponsorship to support the transformation journey. The sponsorship role is critical, particularly in large organisations with multiple objectives and sometimes competing agendas. In project- or programme-led organisations like BAE Systems, the role of the sponsor is well defined and understood. Increasing levels of understanding of what effective sponsorship looks like should be factored in before launching a transformation programme.

Having a superordinate goal for people to rally around is key. There needs to be a clear driver for change which is recognised and accepted, as opposed to change for change’s sake. Change is easier if it resonates with people, so the goal enables buy-in and can mitigate resistance. It can be the need to meet regulatory requirements, as it was at Network Rail, or to meet contractual commitments. At Rolls-Royce, it was about driving business performance. With the VTF, it’s saving lives.

Rallying people around transformation also requires being sensitive to the culture and aligning messaging accordingly. In Rolls-Royce our programme to drive higher performance was based around ‘developing people to be their best through accessing professional good practice’; in other words, ‘these are the tools to help you do your job well’, rather than driving performance ‘through adherence to centrally defined standards’, where we’re telling you how to do things. Same solution, different message. Transformation must be communicated in ways which appeal to its audience.

It’s also essential to encourage leadership and involvement at all levels. Acceptance and achievement come from the bottom up as well as the top down. One way is to visibly set an example. Walking the talk helps drive a bottom-up ‘embracement’ of change. In Rolls-Royce, we appointed Programme Management Academy ambassadors across the business to help encourage change and professional development. One can’t rely on driving it centrally alone.

Bellwood: What have you learned about the need for vision and stakeholder management?

Kirk: It is fundamental to have a vision and a roadmap. A transformation programme needs to define what is it you want to achieve, and what the journey looks like. The question then becomes ‘how long will it take to get there?, as opposed to ‘where are we going?’

The programmes I led had the aim of improving business performance and organisational capability over a defined period. This included developing people, processes and systems in incremental stages. Being able to benchmark and use proven approaches helps demonstrate what ‘good’ looks like and provides a reference point for success. I used CMMI (Capability Maturity Model Integration) in Network Rail and HS2, and latterly P3M3 (Portfolio, Programme and Project Management Maturity Model) in Rolls-Royce to identify how mature an organisation is and what needs to be done to improve. This provides a professionally recognised framework for change.

At the same time, recognise that no one person has the answer. A richer solution comes from inclusion at all levels, and this entails giving people freedom in how they operate. Most change programmes run the risk of resistance through non buy-in, which goes back to the need for effective sponsorship and other points I’ve mentioned. In defining ways of working and governance, people must feel they are trusted to do the right thing. The balance comes with an operating framework that clarifies what must be adhered to and what is open to discretion.

In managing stakeholders, it is vital to set—and meet—expectations, with the sponsor’s support. Identify who all of the stakeholders are, and communicate regularly. When seeking government approvals for HS2’s comprehensive delivery strategy, we distilled the programme into its benefits, articulating the key decisions required and the pros and cons of each. No one likes surprises, and with any programme, providing a good degree of certainty in the outcome boosts confidence. 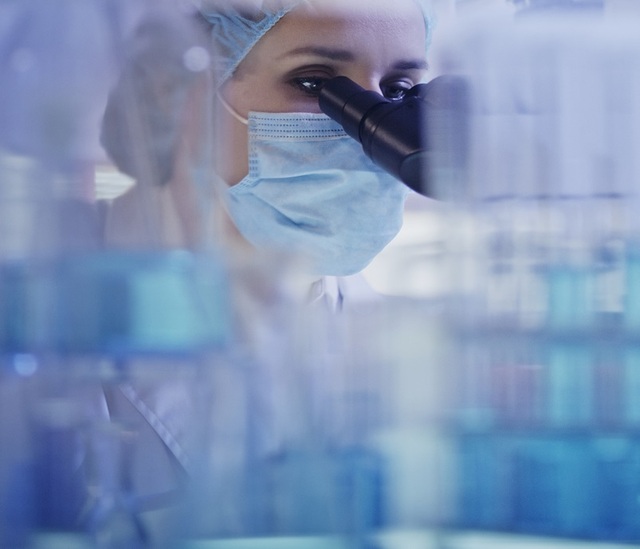 Bellwood: To what do you generally attribute the success of the UK’s Vaccine Taskforce?

Kirk: The VTF exhibited many of the success factors we’ve discussed. First, there was senior-level sponsorship, including not just the Prime Minister, Government Ministers and chief medical advisors, but also key members of the scientific community, who recommended the VTF be established as a discrete entity.

We certainly had an indisputable superordinate goal—to save hundreds of thousands of lives. This singular objective also provided a clearly defined role for the VTF, which was to determine what to buy, get it contracted, get it delivered, and do everything as quickly and safely as possible. The logistics of getting jabs in arms was left to the NHS.

There was leadership and experience at all levels, from the chairperson and senior team through to industry and technical specialists, project management experts and civil servants. It was a great blend of academia, public and private sectors. Part of the legacy challenge is how to ‘bottle’ examples of exceptional ways of working and carry this over to other transformation programmes.

The freedom to operate was also part of it. The VTF Chair was accountable directly to the Prime Minister, and established within the Department of Business, Energy & Industrial Strategy (BEIS), rather than the NHS. The VTF was empowered by having its own level of financial delegations while working within BEIS. The operational framework was based on a rigorous drumbeat of weekly project reviews and deep dives. Combined, this enabled rapid decisions and implementation.

Of course, we had unshakable stakeholder support across all political parties and the populace, heightened by the severity of the crisis. There is a ‘pain factor’ here, and generally speaking all transformation programmes need an element of this to build the rationale for decisions and actions.

Bellwood: How did the VTF’s structural attributes help support the programme’s success?

Kirk: In a sense, the structure was built around the goal. Time was of the essence and crisis drives revolution rather than evolution. The VTF was non-hierarchical and worked tirelessly as one team with one agenda, transferring knowledge and lessons learned. The team was united in saving lives.

Traditional barriers were removed, and a key enabler was the government’s approach to risk, which was less averse than business as usual. Ordinarily major programmes go through a structured and quite lengthy lifecycle, from design through to test and manufacturing, and teams go through a forming, norming, performing cycle. All this was accelerated. Corners were not cut, but there was a pragmatic, risk-based approach to the quickest way to save lives, which meant producing as many effective vaccines as soon as possible.

Importantly, governance was based on recognised good practice. For example, all project and contract leads had to complete the government’s Contract Management training, if they were not already qualified; PMOs were established to set PM standards and oversee lifecycle management processes; and we embraced independent assurance and advice, for example from the Treasury and Cabinet Office’s Infrastructure and Projects Authority and Complex Transaction Teams. 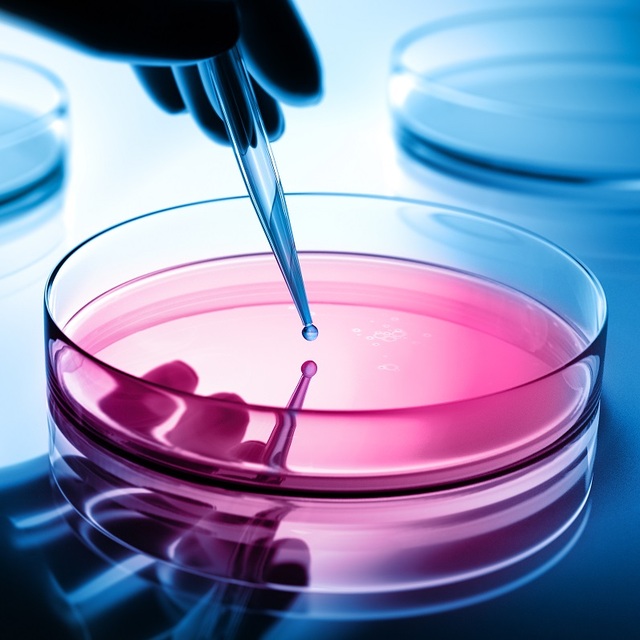 A key decision was to adopt a portfolio approach with multiple ‘shots on goal’ and to back as many different vaccine technologies as possible which had the highest chances of success. We identified four technology platforms, and all four proved successful. We did not have all our eggs in one basket as some nations did. We hedged our bets.

We then moved rapidly to secure contracts with vaccine developers. Crucially, HMG was pragmatic on risk sharing and held risk that it would ordinarily have flowed down to developers and manufacturers. The VTF was able to award contracts directly rather than follow a lengthier public competitive procurement process, without compromising state aid requirements. The latter was a constant consideration. VTF leadership and project-contract teams promoted and maintained good practice guidelines. Business cases followed the government’s Green Book principles.

Additionally, some of these contracts covered development and supply of a vaccine in advance of its technology being regulated. On the basis of successful early-stage clinical trials, vaccines would be produced and stockpiled while awaiting regulatory approval.

Clinical trials themselves still went through the usual medical development process, i.e. stage one, stage two, stage three trials, but regulatory approvals were accelerated through rolling wave submissions of clinical data as it became available through trials, rather than at the end of the trials. Data was drip-fed to regulatory authorities as it became available. This saved months over the traditional approval process.

Alistair Kirk’s experience with the VTF offers a dramatic example of leadership under pressure. The Covid crisis threw the transformation process into overdrive. But as a seasoned executive with a firm grasp on what a successful transformation programme requires, Alistair was able to contribute and   lead what was needed to harness that situational urgency to bring about real—in this case lifesaving—innovation. Most of us will (hopefully) never be tasked with leading transformation under such dire circumstances; however the success of the VTF offers a roadmap to innovation that works—even at warp speed. 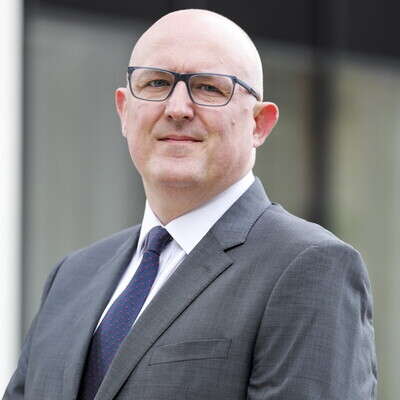 Nick Bellwood
About the Author

Nick Bellwood has a 20-year career in executive search in life science innovation, building an extensive network and successful track record placing leadership talent. This background, along with a deep specialist knowledge in technical, scientific and medical disciplines, enables Nick to tackle key strategic talent concerns and develop pragmatic solutions that have the required impact. 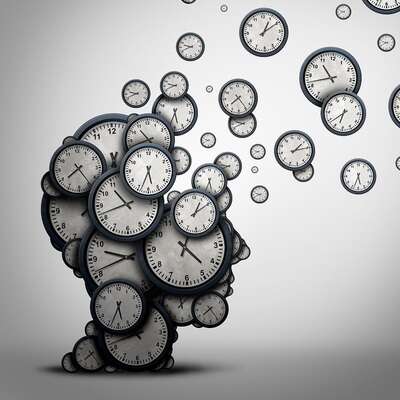 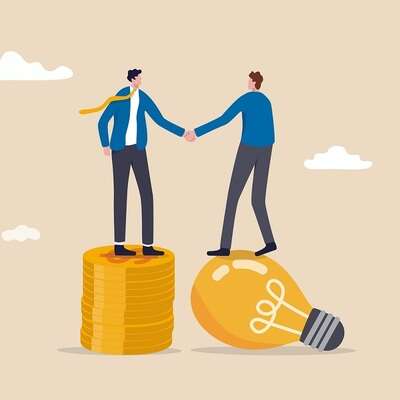 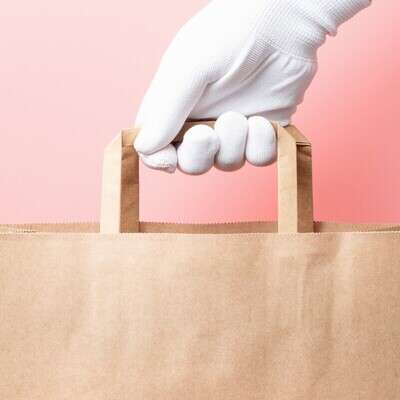