Boyden's President & CEO discusses diversity, tech and the role of the Board with Australia's Financial Review.

This article originally appeared in the Australian Financial Review.

She’s frustrated, as are many senior women, there are still so few women in corporate leadership positions.

“The needle moves incredibly slowly. Success has stalled,” she says.

Yet Gordon is certain that real diversity, tied to real performance benchmarks, can be a game-changer.

“If leadership and diversity isn’t one of your top three strategic agenda items as a private or publicly held business, then you don’t have the right strategy. It is not enough to say we believe it, we endorse it.

“Boards should be held accountable. I’ve come to the view that if you’re not tying it to incentive and performance, bringing it into someone’s performance management viewpoint and its outcome, you’re not serious.”

Business leaders have a duty to ensure equality in their own organisations if they are going to speak out on inequality in society, argues the most senior woman in global executive search.

“Is it rhetoric or is it action? If we were counselling CEOs and boards we’d say it’s not about the words, it’s the actions.

“We would prefer to see them dealing with [gender] income disparity in their own organisations before they begin to speak out in the community. You’ve seen some of the tech leaders speaking out, but you are still dealing with a lack of diversity in your own organisation, a lack of inclusion, and not even decimal points of movement.”

The Chicago-based executive recruitment guru became Boyden CEO in 2011 after serving as the company’s chairman in the midst of the prolonged recession which saw industry revenues decline.

Gordon had always loved diving deep to get industry knowledge. After the global financial crisis she decided that the whole Boyden team needed a more acute sensitivity to what was going on in their clients’ businesses and industries.

Are the qualities required by successful executives today so different to those of 20 years ago?

Gordon says yes. The environment is far more disruptive, tech-based, global, it is more concerned with green issues, and fears of political and social economic impact are greater.

Leaders also have to understand that the traditional hierarchical approach to career development won’t suffice, she says. Executives can’t rely on their chief information officer or technology staff to get things done.

Enabling the use of tech not just to create value for the business but to benefit the employee professionally and personally is crucial to attract and retain the next generational of leaders, says Gordon.Gordon also has a different take on the proportional increase in the number of older employees staying in the workforce.

“They are being embraced because there is a gap between the CEOs and the bench talent, let alone the new talent. There is also institutional, products and customer knowledge that is helpful. They may understand the cyclicality of the business and are able to understand the customer base; they will be a little bit more linear in their process.

“The next generation is not even looking at how one moves in a linear fashion, they are looking at ways to group-process and make decisions that don’t require a long life cycle.

“But you are not going to take a 40-year employees and have them do quantum leaps in tech.”

At the same time, more mainstream business roles require embedded technology skills, not just technology roles, and adaptability is crucial. That’s why there is far more cross-fertilisation from tech into non-tech businesses.

High-profile examples of hiring crossover talent included Apple’s reach into the luxury world to hire Angela Ahrendts from Burberry, and Mattel, which makes Barbie and Fisher-Price toy brands, which recruited Google Americas president Margaret Georgiadis as chief executive officer in January. Apple’s head of iTunes Radio Ian Rogers moved to France when he took up the role of chief digital officer of French conglomerate LVMH in 2015.

Georgidis will look at the Mattel business from a multimedia, digital marketing point of view and try to make it relevant to the next generation of consumers, says Gordon.

She advises executives to seek board roles, as it makes them better at their jobs. But they must have support from their leaders.

“Being able to enlist the support of your leadership is important. It’s not always easy if you’re not in the C-suite to have people notice you and it is this next level of talent that’s the future. Make yourself known to people but make sure your mentor, your CEO, your COO, CFO is an active advocate for you when they are asked, because they will be asked first. 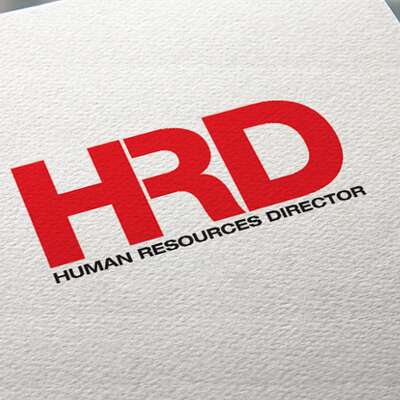