Boyden is pleased to share the appointment news of Maxine Bailey, a recruitment co-led by Nick Chambers and Marie-Hélène Gaudreault 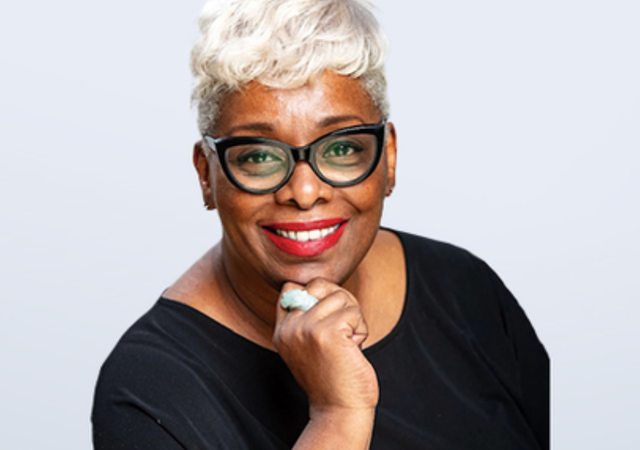 Maxine Bailey (“maxine bailey”) has been appointed Executive Director of the Canadian Film Centre (CFC), as announced today by the Chair of CFC’s Board of Directors, Christina Jennings. Bailey joins the CFC after 18 years at the Toronto International Film Festival (TIFF), most recently as Vice-President, Advancement. Bailey assumes the Executive Director position on May 3, 2021, succeeding Slawko Klymkiw, who retired at the end of March 2021.

“We at the CFC could not be in better hands than with maxine bailey,” said Christina Jennings, Chairman & CEO, Shaftesbury and Chair, CFC Board of Directors. “She knows our industry well – not only from her many years at TIFF, but also as an active member of Toronto’s arts community. She is such a positive force and we are delighted that she will be leading the CFC and our growth in the years to come.”

Reporting to CFC’s Board of Directors, bailey will be responsible for implementing CFC’s strategic plan, managing the financial health and performance of the organization, and ensuring the success of its operations. Furthermore, she will establish key long-term relationships with partners that help realize the organization’s mission, with a relentless focus on community impact and shared value for all stakeholders.

“I feel privileged and honoured to lead the Canadian Film Centre – an institution that plays such a crucial role in shaping stories that reflect this country’s diversity — and to support and promote the next generation of Canada’s finest storytellers,” said maxine bailey.

Bailey is a dynamic member of Toronto’s arts community, with more than 20 years of experience in stakeholder engagement, fundraising and program management in the creative industries. In her role as Vice-President of Advancement at TIFF, she was the principal liaison and chief fundraiser for the organization’s government partners, donors, and members in their support of TIFF’s festivals and year-round programming. She is particularly proud of founding Share Her Journey, TIFF’s five-year fundraising commitment to achieving gender parity both behind and in front of the camera.

Prior to TIFF, bailey was in theatre. Recently, Sistahs, an award-winning play she co-wrote, was remounted to much acclaim. An active representative in arts and community-based projects, bailey co-founded the Black Artists Network in Dialogue (BAND), which showcases Black cultural contributions nationally and internationally. She currently participates on the advisory boards and steering committees for the Toronto Arts Council/Foundation Advocacy Committee, the Academy of Canadian Cinema & Television, Luminato Festival Toronto, and the Ontario Cultural Attractions Fund. A voracious reader, bailey sat on the jury for the 2018 Scotiabank Giller Prize and was named one of NOW Toronto’s Local Heroes in 2018.

About CFC
The Canadian Film Centre (CFC) is a registered charity and a leading cultural organization for the development and advancement of Canadian creative and entrepreneurial talent in the screen-based industries. CFC’s programs and initiatives span film and television, screen acting, composing and songwriting for the screen, and digital and immersive media. These uniquely designed programs support and empower Canadian artists, creators and entrepreneurs, and generate world-class talent, content, products and companies for the global marketplace. For more information, visit cfccreates.com.

Boyden is pleased to share the appointment news of Joel Cowley, a recruitment co-led by Kevin Gregor and Kenny Gregor

Boyden is pleased to share the appointment news of David Fry, a recruitment co-led by Pamela Colquhoun and Jim Stonehouse