As an important part of our executive search work, Boyden in Brazil conducts a yearly salary survey aimed to better understand the compensation and benefit practices for a number of executive positions in different sectors of activity in the Brazilian professional market. This is the 40th edition of the survey, which takes as reference salaries of April 2019.

2019 has been a challenging year for Brazilian executives. However the country's new political context which began with presidential elections in October 2018 was encouraging to the economy, resulting in a somewhat increased volume of executive hiring when compared to the previous year.

Brazil's all-time worst recession of recent years obliged most companies to adjust by substantially lowering costs, reducing layers of management (eliminating jobs and “juniorizing” leadership positions where possible) and postponing projects which would not quickly and directly result in increased revenues or reduced costs. During this period movements in leadership levels were generally limited to substitutions and not in increased executive headcounts.

But now that scenario is changing. Although there is still a broad feeling of uncertainty, the passage of important measures such as social security reform and the expected presentation of major tax reforms are positively influencing perceptions of prospects for the economy, which is making companies review their hiring plans.

Companies are also reconsidering previously postponed investment projects, within a clearly brightening conjuncture. We see them, though early in their adaptations to the new scenario, beginning to replace executive positions eliminated during the recent years of crisis. This is what we observed in the sample of this edition that had more than 6,000 executives of companies that together total more than R$ 200 billion in revenues.

Our expectation is that in the coming year companies will further increase the pace of executive hiring as they prepare for a new cycle of economic growth.

This is Boyden do Brazil’s 40th annual Executive Compensation Survey. It contains data and analyses taken from information supplied by 145 participating companies, using April 2019 as the base date. All Survey participants are private companies, and a majority is located in the South and Southeast of Brazil.

Together they represent a good sample of the county's more advanced economy.

The information of the 145 participants is divided into three groups, according to their annual revenues, as shown in the following table:

It is a pleasure to share the content of this study with the 145 participants and client companies. For more information email ecruz@boyden.com or telephone +55 11 3382 8300 and ask for Euri Cruz, or any Boyden Brazil Partner. 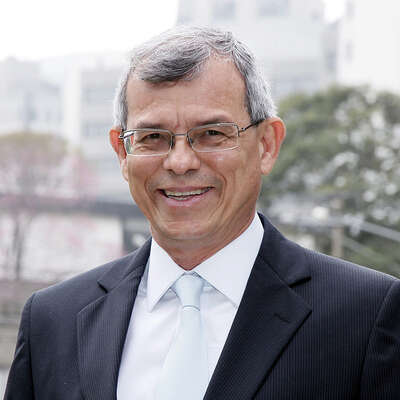 About the Author
Euri Cruz

Euri Cruz is an experienced executive with deep expertise in Brazil’s key industries, particularly energy, oil & gas and mining. He is also an expert in HR and procurement. Having a background of more than 30 years in leadership roles with major multinational organisations, Euri understands the challenges companies face, and has the insight to develop highly effective talent solutions.