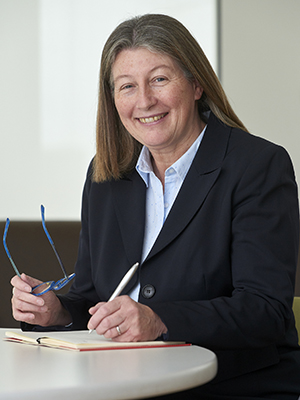 I am pleased to inform members of the Osgoode Hall Law School and York community that the search for a new dean has reached a successful conclusion.

The decanal search committee was established in 2018, composed of faculty, staff, students and alumni from Osgoode and was chaired by me. Following an extensive national and international search, which attracted outstanding candidates, the search committee recommended the appointment of Professor Mary Condon to the position of dean. I am very pleased to announce that Professor Condon has accepted our invitation to take up a four-year term, commencing July 1, and that the Board of Governors has approved the appointment.

Professor Condon will be well known to members of the York community, having served as interim dean of Osgoode since May of 2018. She joined the Osgoode faculty in 1992 and served as the school’s associate dean (academic) until 2016. In this capacity, she chaired the school’s Tenure and Promotions, Grades Review, and Faculty Appointments Committees. In the past, she has chaired the Faculty Recruitment Committee, and she previously served as director of Osgoode’s Graduate Program.

Professor Condon holds a law degree from Trinity College, Dublin, and MA, LLM and SJD degrees from the University of Toronto. She is a member of the Bar of Ontario. Her research interests include the regulation of securities markets, investment funds, online investing, and pensions. She is the author of a number of books, articles and policy papers in these areas, and has given lectures in Canada and internationally. She teaches courses in securities regulation and advanced securities in the JD program, as well as directing and teaching in the Professional LLM in Securities Law program. From 2005-2014, she was a member of the Board of Trustees of the York University Pension Fund.

Beyond York, she was appointed by the Ontario government as a Commissioner and Board Member of the Ontario Securities Commission (2008-2016), serving as a Vice-Chair from 2011-2014, in which role she sponsored a number of important policy initiatives and issued adjudicative decisions. From 2014-2016 she was a member of the National Steering Committee on Financial Literacy. In 2009, she held the Walter S. Owen Chair in Business Law in the Faculty of Law at the University of British Columbia, where she was also the co- director of the National Centre for Business Law. In 2018, she was named one of the 100 Most Powerful Women in Canada by the Women’s Executive Network (WXN).

I know Mary will provide outstanding leadership as dean, and look forward to working with her and colleagues in Osgoode to advance its position as one of the premier law schools in Canada and around the world.

Boyden is pleased to share the appointment news of Hansine Ullberg, a recuirtment led by Kevin Gregor and Morgan Campbell

Boyden is pleased to share the appointment news of Dr. Marie-Josée Berger, a recruitment co-led by Jessa Chupik and Michelle Richard

Boyden is pleased to share the appointment news of Gitane De Silva, a recruitment co-led by Michelle Richard and Morgan Campbell