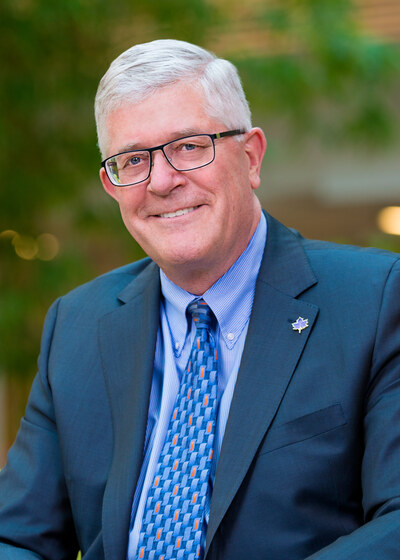 “My colleagues and I are very pleased that Max has accepted the position as president of RUCBC,” said Ono. “Max brings a unique combination of skills and experience to the job as well as a deep appreciation for the enormous contribution universities, post-secondary education and research make to the well-being of every British Columbian and every Canadian.”

Blouw is relocating to British Columbia from Ontario where he championed evidence-based decision making, research and graduate students as president and vice‑chancellor of Wilfrid Laurier University from 2007 to 2017. Blouw also served as chair of the Council of Ontario Universities and as a member of Universities Canada. He will begin his term as RUCBC President on October 1, 2019.

“It’s a great honour to join RUCBC,” said Blouw. “British Columbia’s research universities are doing an extraordinary job, providing world-class education to students from across B.C. and the world, engaging in globally impactful research, and driving positive change in our economy and our communities. In a fast-changing world, this work is more important than it’s ever been, and I am very excited to help drive it forward.”

This move will be a return to B.C. for Blouw. He was professor of biology, and subsequently vice-president research, at the University of Northern British Columbia from 1995 to 2007. Blouw will replace Robin Ciceri who was president of RUCBC from November 2009 until February of this year.

RUCBC represents the interests of B.C.’s research universities, identifying issues facing the institutions, providing system wide leadership in the development of relevant public policy and communicating on behalf of the university system. RUCBC also provides a coordinating forum for its members and acts as a provincial focal point for working with the Government of British Columbia and provincial or national bodies associated with universities.