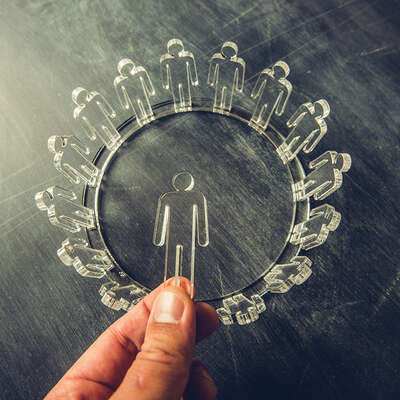 Nike, Under Armour CEO Replacements Were ‘Missed Opportunity’ for Women

Boyden's President and CEO Trina Gordon agrees the decision not to promote women raises questions about the succession process for companies like Nike and Under Armour that are already struggling with a "bro culture" reputation.

This article was originally published on Bloomberg.com. Click Here to view the original article.

Nike Inc. tells women to “Dream Crazier.” Under Armour Inc. urges them to seize opportunity with “I Will What I Want.” So far, that doesn’t extend to becoming the chief executive.

When longtime Nike and Under Armour CEOs Mark Parker and Kevin Plank stepped down this week, they were both replaced by men, as was incoming Nike CEO John Donahoe at ServiceNow, the company he previously led.

Shuffles at the sports retailers were among at least a half dozen changes announced at S&P 500 companies Tuesday, including top jobs at Boeing Co. and bio-tech company Amgen Inc. The lone woman who moved up was Jennifer Morgan, who was named co-CEO of SAP, making her the first female top executive at a company listed in Germany. ServiceNow’s decision to replace John Donahoe with SAP CEO Bill McDermott prompted SAP to promote co-CEOs, including Morgan, to replace him in Germany.

On Thursday, Michael Spanos got the top job at Six Flags. Among 31 CEOs appointed to S&P 500 companies in the first half of this year, four have been women, for a net gain of only three, according to data from executive recruiter Spencer Stuart.

The decision not to promote women raises questions about the succession process, especially at companies that have struggled with a “bro culture” reputation, said Trina Gordon, CEO of executive recruiter Boyden. “When you look at a Nike or Under Armour, where there’s been the additional challenges of alleged workplace discrimination, it’s really, unfortunately, a missed opportunity in both places,” Gordon said in an interview.

Under Armour didn’t consider other candidates outside of Patrik Frisk, who was tapped as president and heir apparent in 2017. Amgen, which this week replaced its CFO, said it considered “a diverse pool of candidates.” Nike didn’t respond to questions about its process or how many others it considered. Tim Cook, who sits on Nike’s board, led the succession process and the company went with someone else from the board.

A company’s board may be a familiar candidate pool, but it’s typically far from a diverse one, said Veronica Biggins, a managing director at executive search firm Diversified Search and a director at Southwest Airlines. Women hold a record number board seats on S&P 500 companies, but still only make up 26% of directors. Nike has three women on its board; Under Armour has two.

Women are also less likely to get the CEO job as part of a formal succession process. Less than half of female CEOs surveyed by the recruiter Egon Zehnder said they were part of a planned succession, compared to 62% of men.

Nike has called women’s apparel and “epic growth opportunity” and, along with Under Armour, has made an aggressive marketing push to appeal to women. Both have signed deals with some of the biggest female athletes, including Simone Biles, Misty Copeland, and Serena Williams. Yet, internally, few women hold top jobs. Women make up only 36% of VP-level roles and 39% of director roles at Nike.

Both Nike and Under Armour reacted to complaints about their male-dominated culture in recent years by creating executive positions to address diversity and workplace culture, and hired women to fill the roles. Nike last year tapped Kellie Leonard as its first Chief Diversity and Inclusion Officer; Under Armour this year appointed Tchernavia Rocker as its first Chief People and Culture Officer.

Those aren’t the promotions that lead to the top job, said Biggins. “Look at the top five or six people in the proxy, almost inevitably the women still tend to be in staff roles and not in a role running a business,” she said. “Diversifying at that level is really important.”