Boyden is pleased to share the appointment news of Marion Buller, a recruitment led by Brent Cameron 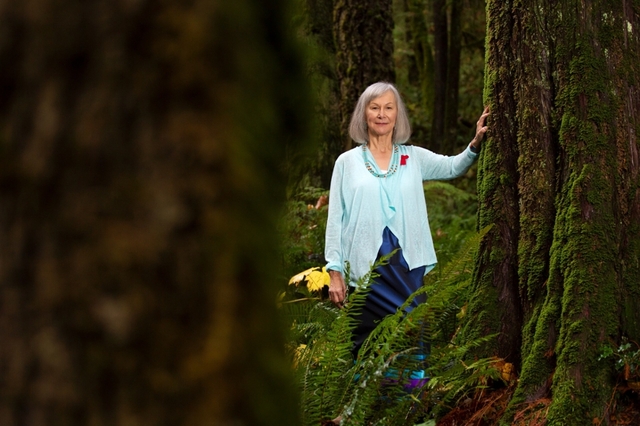 Marion Buller—influential Indigenous legal scholar and the chief commissioner of the National Inquiry into Missing and Murdered Indigenous Women and Girls (MMIWG)—has been named the University of Victoria’s 12th chancellor. She begins a three-year term on Jan. 1, 2022.

Buller is a member of the Mistawasis Nêhiyawak, a Cree First Nation in Saskatchewan. A longtime advocate for Indigenous issues and rights, in 1994 Buller was the initial First Nations woman to be appointed as a judge in British Columbia. A little over a decade later she created and presided in the First Nations Courts of BC—now known as Indigenous Courts—and provided the foundation for the Aboriginal Family Healing Court conferences. In 2016, she was also appointed as chief commissioner for the MMIWG national inquiry.

“Throughout her career, Marion has shown meaningful connections to Indigenous and non-Indigenous communities. Her legal expertise and leadership experience make her a wonderful fit for the role of chancellor for the university’s next phase of upholding our commitment to serving our community and continuing the work of truth and reconciliation,” says David Zussman, chair of UVic’s board of governors.

Buller is a longtime, recognized voice in building bridges while breaking down systemic barriers for Indigenous Peoples on topics such as bilingualism in court appointments, equality in Canada’s health care system, and advocating for more inclusion of Indigenous voices by provincial and federal governments. She was a judge for 22 years and before that practised administrative, criminal and human rights law.

Her UVic roots are deep and profoundly personal. Buller completed her undergraduate and law degrees here and says the experience shaped her views of the world. At UVic, she gained the foundational tools required in her work as defence lawyer, prosecutor and judge to challenge society to consider new ways of learning, thinking and doing to address social injustices.

"UVic law school mentors lit a fire in me that set me on my legal path. Education transformed my life and because of my education I was able to work within systems to make change. Education is a great gift that should be shared generously and wisely." — Marion Buller

“I want to be the catalyst for new relationships inside and outside of UVic,” she adds. “I want to help build bridges to new relationships and to support new ways of learning and incorporating Indigeneity into the curricula to show we can together, through respect, inclusion and curiosity, weave in Indigenous principles—in academic relationships, in business, in partnerships and community connections to bring about critical change in society.”

Kevin Hall, UVic’s president and vice-chancellor, described Buller as an exceptional and brave leader who has demonstrated her resiliency in doing the hard, emotional work required to advance equity, diversity, inclusion and truth, respect and reconciliation for Indigenous Peoples. “Marion’s appointment reflects UVic’s unwavering commitment to listening, learning and to being open to new ways of thinking and doing as we aspire to embed Indigenous principles and Indigenous-led scholarship into the fabric of UVic.”

As the university’s titular head, the chancellor confers degrees and is a member of the UVic senate and board of governors. Chancellor Shelagh Rogers, first appointed in 2014, completes her second term this year and its conclusion will be marked by celebration.

The formal installation of Buller as chancellor will take place in early 2022.

A backgrounder is also available.

IDEA Award presented to Nick Chambers by the Association for Executive Search and Leadership Consulting at their annual conference in New York, May 11, 2022

Boyden is pleased to share the appointment news of Purvi Desai, a recruitment co-led by Jim Stonehouse and Pamela Colquhoun

Boyden is pleased to share the appointment news of Dr. Pius Ryan, a recruitment led by Craig Hemer