Taste for Hope a yummy success with record-breaking $270K raised

Represented by John Caminiti, Partner, and Paul Marshall, Partner, Boyden was a proud event partner of Taste for Hope VIP reception, an event supporting Shepherds of Good Hope mandate:
Homes for All, Community for All, Hope for All. 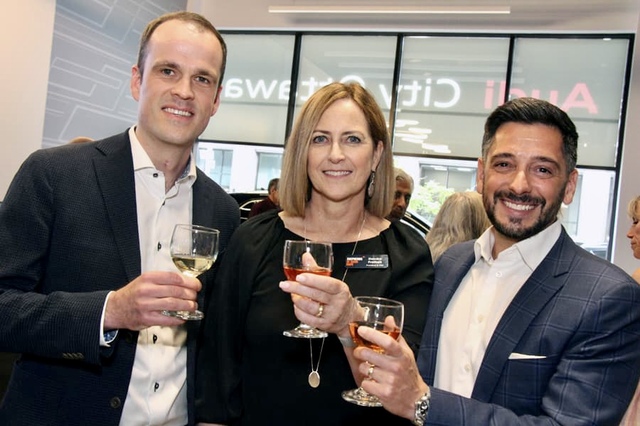 Sold-out night of food, drink, live music and auction bidding held in support of Shepherds of Good Hope and its goal of creating more supportive housing for Ottawa's homeless population

Really, the only weather warning needed Thursday night was for when Taste for Hope returned to take taste buds by storm.

After a pandemic-imposed hiatus, the popular food and drink fundraiser for Shepherds of Good Hope made a delicious comeback, welcoming hundreds of attendees to the Horticulture Building at Lansdowne to raise a glass to help raise a roof.

The non-profit organization has been working hard to create more supportive housing for Ottawa's homeless population, recognizing that people do better when they have some stability.

“You can see the difference in people,” Deirdre Freiheit, CEO of Shepherds of Good Hope (SGH) and of SGH Foundation, told OBJ.social at the VIP reception catered by Essence Catering. It was hosted by executive recruitment firm Boyden at Mark Motors’ Audi City Ottawa location, also at Lansdowne. “Their health gets better. They reconnect with their families. They’re not out in the community panhandling. It’s a safer environment.”

The road to healing and recovery isn’t without its setbacks, she acknowledged. “We’re Shepherds of 100 chances because people need, sometimes, more than one opportunity.”

At the VIP reception was Boyden partner John Caminiti. He was involved in the hiring of Freiheit to lead Shepherds eight years ago. The pair has been friends ever since. “It means a lot to me, personally,” Caminiti said of being able to support Taste for Hope and its cause of alleviating homelessness.

It was the most successful Taste for Hope yet in the event’s nine-year history. The event raised $270,000 — three times more than the last time the fundraiser was held in early 2020.

New this year was the addition of live music performed by Dave Kalil, Tyler Kealey and Todd Huckabone of Ottawa's Dueling Pianos, a popular fixture on Ottawa's music scene for many years.

A gavel-swinging Ryan Watson from Raising the Bid got the audience fired up for a live auction that sold off unique culinary experiences. Chef Raghav Chaudhary offered up a private dinner for four with wine pairings at his restaurant, Aiana, that sold for $3,000 to Ottawa IP lawyer Natalie Raffoul. Shepherd's Champion Table member Sofia Santiso Borsten donated a rooftop dinner for 15 at the new Starling restaurant in the heart of the ByWard Market, with music from the Dueling Pianos. It went to Ian Davidson for $7,000.

Chef Joe Thottungal offered to host a reception for up to 15 at his Coconut Lagoon restaurant, which is finally reopening this summer after being damaged by fire two years ago. The package sold twice for $7,500 to the two highest bidders — with one of them being Ottawa serial entrepreneur Bruce Linton. The award-winning chef also threw in another package, and it was a doozy: a culinary tour of India next March.

Pelican Seafood Market & Grill donated a Maritime’s night to the auction with a 10-person backyard barbeque bash. It sold for $9,500.

There was also an Ottawa Jazz Festival and Lord Elgin Hotel music, dining and hotel package.

Watson raised further money through a Fund a Need direct-ask that called on attendees to help Shepherds with its annual groceries bill of $550,000. It serves 700 meals a day in its community kitchen and currently has four supportive housing residences.

The fundraiser involved community-minded local chefs, many of whom remember the Taste for Hope held in early March 2020 as the last fundraiser they participated in before the pandemic hit and turned their industry upside down. Stephen La Salle was among the chefs who donated to Shepherds all the food from his hotel restaurant after it was forced to shut down due to restrictions.

"It's like coming full circle," said La Salle, who was back at Taste for Hope this year as the new executive chef at The Metcalfe Hotel, which has been undergoing major renovations.

Sheila Whyte of Thyme & Again said her business has been “crazy” since the petering out of the pandemic. “We’re so busy we can’t see straight, but that’s what’s so fun and fabulous about it,” said Whyte, whose catering company is now booked solid again. 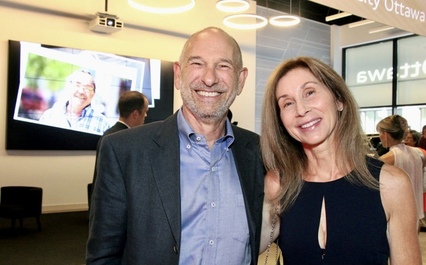 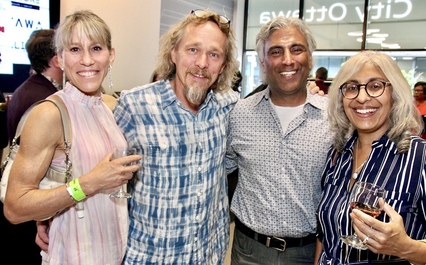 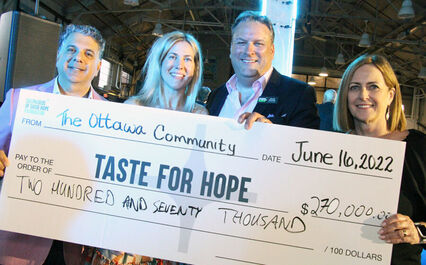 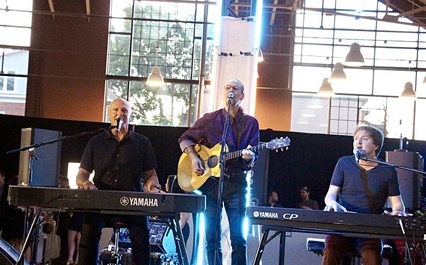 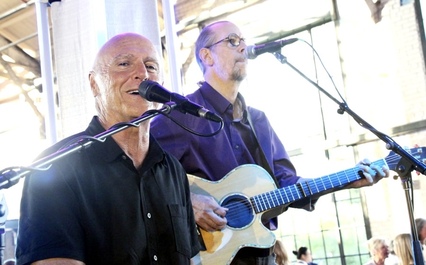 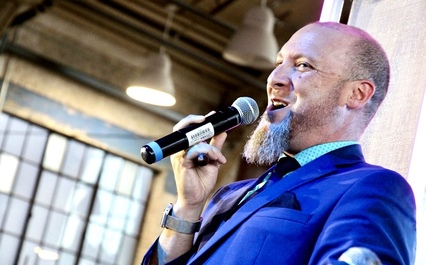 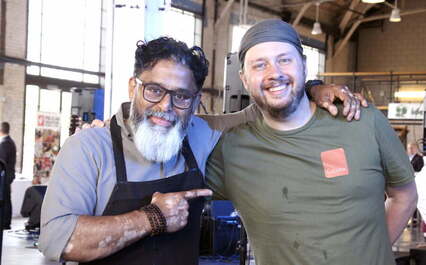 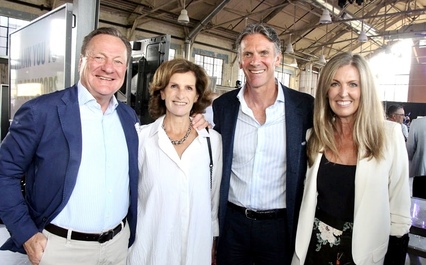 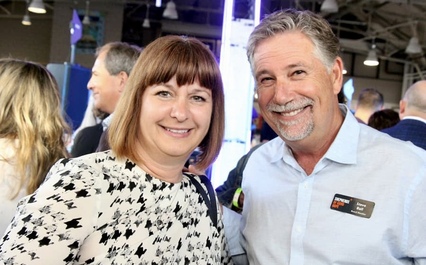 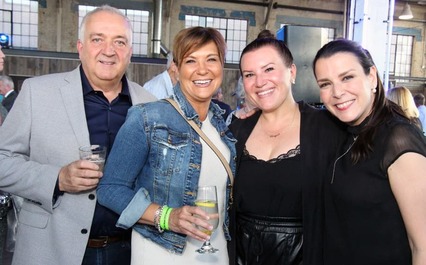 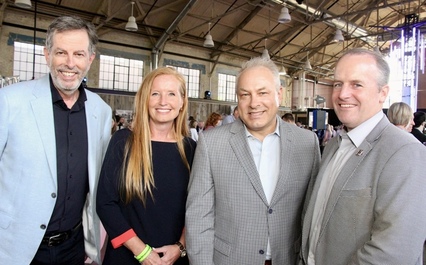 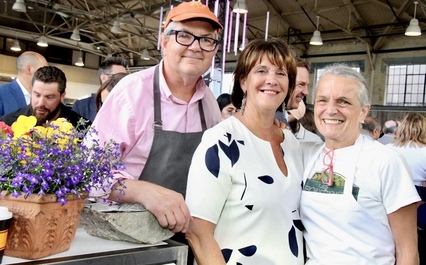 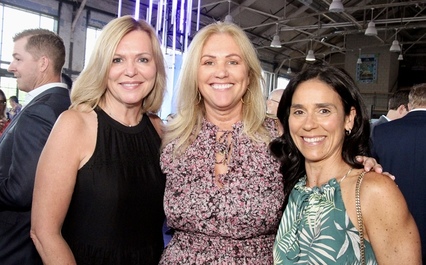 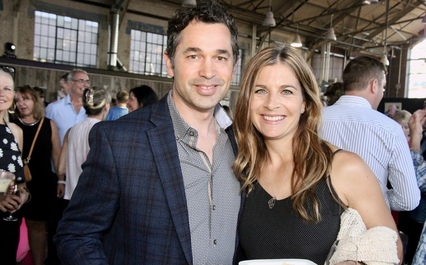 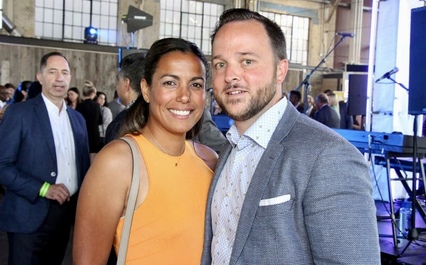 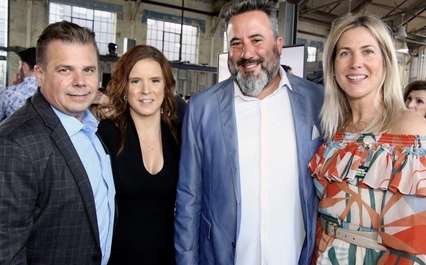 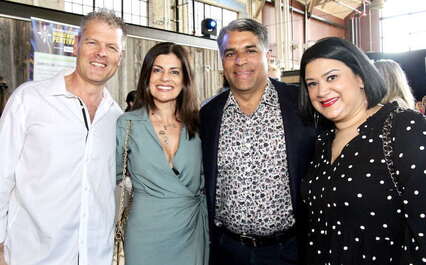 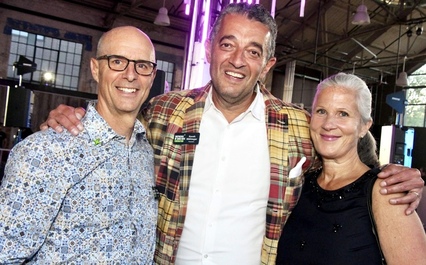