The Professional Manager Has a Bright Future, in China 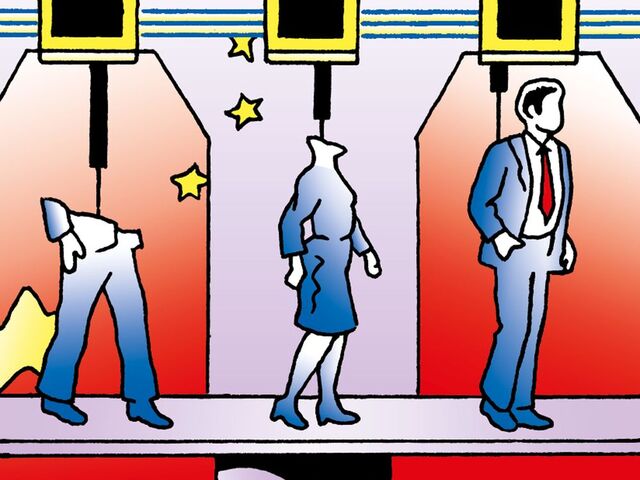 Alfred Sloan’s data-driven makeover of General Motors in the first half of the 20th century ushered in the age of the professional manager. Since then, many large businesses around the globe have embraced the belief that an academically trained executive—often with an MBA but little direct experience in the discipline they’re being hired to oversee—can land at a company, diagnose its challenges, and chart a new course to reinvigorate even a convoluted enterprise. But Chinese companies in search of top-level executives typically haven’t turned to outsiders. Big state-owned enterprises, which still dominate much of the economy, tend to fill C-suites with in-house managers who can pass muster with government officials and the Communist Party cadres who often call the shots. And while there are plenty of successful private-sector companies, many are run by people close to the founders, including next-generation family members.

As a result, far fewer experienced managers have emerged in China from the kinds of corporate training grounds popular in the West, such as PepsiCo Inc. and Mars Inc. China may be the world’s second-largest economy, but its talent market for professional managers is still in its infancy.

“China has been great at building entrepreneurial talent, people able to build companies from the ground up,” says Joe Ngai, Hong Kong-based managing partner for McKinsey Greater China. “It is tougher to find the talent that is transformational in nature, to take a business that is already built and take that to the next level.”

That’s where consulting firms have stepped in. McKinsey & Co. is an especially fertile ground for companies looking for outside talent in China, sometimes for the first time. For instance, internet giant Tencent Holdings Ltd.’s president, Martin Lau, spent time at McKinsey. So did Davis Lin, the company’s senior vice president overseeing strategic development.

Rival consulting firms have also churned out talent that’s gone on to run Chinese companies as they grow and evolve. Stephen Zhu, an alumnus of Boston Consulting Group, is responsible for strategy, capital markets, and international business at DiDi Global Inc., the ride-hailing company at the center of a government crackdown following new rules regarding the handling of data. And Chinese human resources services company 51Job Inc. agreed to a buyout in June by an investor group that included CEO—and Bain & Co. alum—Rick Yan.

As more Chinese companies mature, there may be increased demand for executives with consulting experience, according to Linda Zhang, a Shanghai-based partner with global executive recruiting firm Heidrick & Struggles. “When local companies grow to a certain scale, they need to lift their organization capabilities to be able to jump to the next level of growth,” creating an opening for people who’ve worked with the consulting firms, she says.

Recruiters and their clients also like that managers with a background in consulting are good at thinking strategically and managing high-growth companies once they start maturing, a big concern for many Chinese businesses that have rapidly moved beyond their startup days. At that point, “you can’t just rely on working hard and being relentless,” says Olivia Liang, executive director at leadership advisory and search firm Russell Reynolds Associates in Shanghai. “That’s where the framework type of thinking at McKinsey and the like becomes very useful.”

But while professional managers are increasingly hot in China, their appeal has somewhat waned in the U.S., as companies increasingly seek the entrepreneurial ethos more likely to be forged in Silicon Valley than inside a corporate training scheme. And Chinese recruiters scouting for promising executives may not be far behind. Many non-tech companies in China are starting to look for executives with experience in e-commerce and social media, says Neil Morrison, Hong Kong-based managing partner for executive search firm Boyden, especially as the pandemic has forced so many businesses to do more digitalization.

“Alibaba, JD, Tencent, those types of companies are becoming more relevant,” he says. “They have a great talent pool.”